SEOUL, April 3 (Yonhap) -- More than 8,000 people who attended the musical "Phantom of the Opera" in Seoul will be closely monitored after two cast members tested positive for the novel coronavirus, authorities said Friday.

Seoul metropolitan government said it has secured a list of 8,578 people who saw the musical, which started its run on March 14 at Blue Square Interpark Hall in central Seoul.

"We will closely monitor them and send text messages to ask them to refrain from outdoor activities and to visit test centers if they have symptoms," Na Baek-joo, an official overseeing the city government's anti-infection efforts, told a press briefing.

A Canadian cast member of "Phantom of the Opera" was confirmed to have contracted the virus Tuesday. She came to South Korea on March 12 and participated in the production from March 14-30.

Her American colleague was confirmed to be infected two days later.

Health authorities have traced close contacts of 140 people, including the Korean staff, cast members and guests staying in the same hotel in central Seoul.

They said 89 have tested negative and 48 are awaiting test results.

The theater has been shut down for disinfection, and the musical will be suspended until April 14. 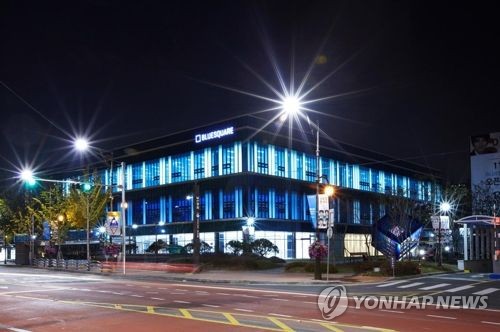 Over 8,000 audience members to be monitored after musical actors test positive for coronavirus

Over 8,000 audience members to be monitored after musical actors test positive for coronavirus