SEOUL, April 3 (Yonhap) -- Foreign investors on Friday continued to sell local stocks for a 22nd consecutive session amid the coronavirus scare, fueled by a rise in the latest U.S. unemployment figures, data showed.

Offshore investors offloaded a net 289.4 billion won (US$235 million) worth of local stocks on Friday.

The sell-off came following a rise in U.S. jobless data, released on Thursday (local time), which showed that the COVID-19 pandemic caused some 10 million layoffs in just two weeks. 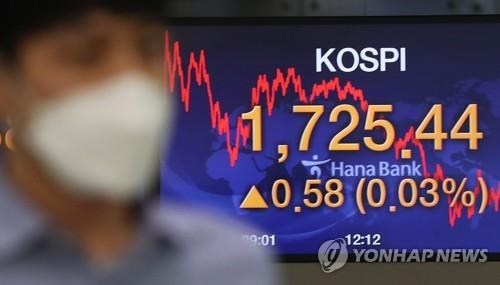 Since March 5, foreigners have net sold a total of 13.1 trillion won in stocks.

Trump said he is pushing the two countries to reduce their combined crude production by up to 15 million barrels per day, which would account for more than 10 percent of daily global output.