SEOUL, April 3 (Yonhap) -- Vietnam said Friday that it is seeking to hold a video summit with South Korea, China, Japan and fellow Southeast Asian nations in early April to discuss the coronavirus issue.

Moon replied that it's "very timely" to arrange the special virtual summit of the ASEAN Plus Three (APT) group, according to Cheong Wa Dae spokesman Kang Min-seok. 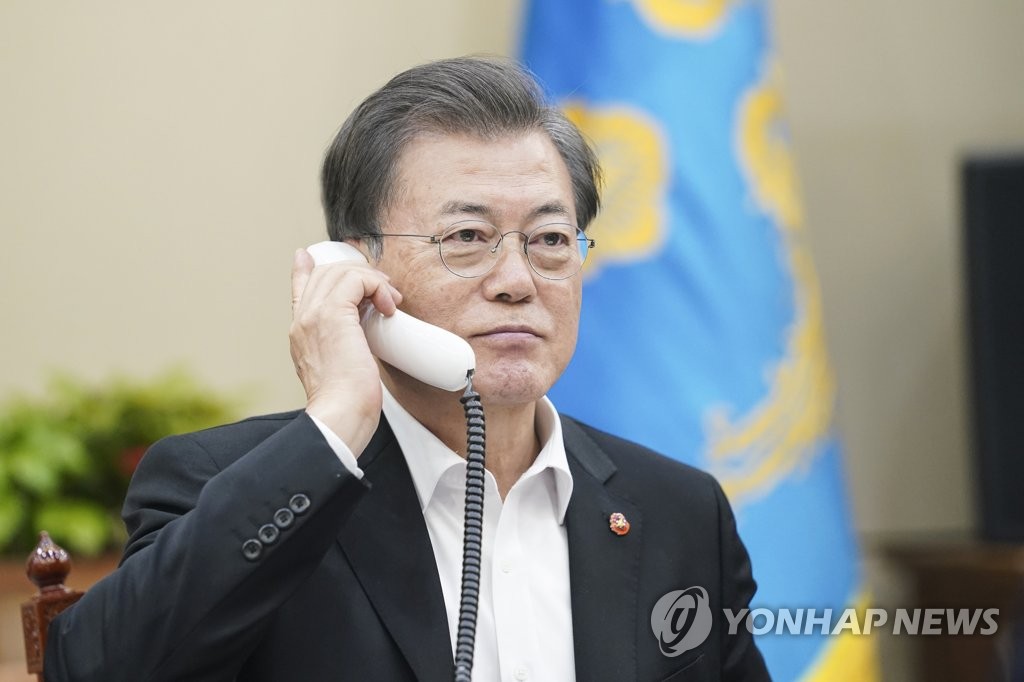 He added his government would cooperate closely with Vietnam for the success of the event.

Moon recalled a partnership between the two sides in launching the APT mechanism in response to the 1997 financial crisis.

"If ASEAN, South Korea, China and Japan join forces again, they would be able to overcome the current situations wisely," Moon told the prime minister.

Moon also briefed him on the results of a recent teleconference by the Group of 20 (G-20) leaders, citing "common understanding" on the need to allow "essential" cross-border trips by businesspeople without affecting quarantine measures.

He thanked the Vietnamese government for enabling South Koreans to enter the country for major business activities.

Moon asked for the expansion of such a waiver of travel restrictions.

Phuc said his nation makes much of "cooperative partnerships" with South Korea and agreed that bilateral economic cooperation needs to go on constantly, spokesman Kang said.