SEOUL, April 3 (Yonhap) -- A walkthrough virus screening center for overseas entrants opened at a major sports complex in southeastern Seoul on Friday amid a continued increase in imported cases.

The screening center, which Seoul Mayor Park Won-soon claimed could test up to 1,000 people per day, was set up at Seoul Sports Complex, the site of the 1986 Asian Games and 1988 Summer Olympics.

On the first day of operation, the screening venue appeared mostly quiet, with around 10 people visiting during a two-hour slot.

Visitors said they came to the walkthrough to be tested promptly.

"I arrived (in South Korea) on Thursday and have been taking a language course in San Diego," said a 23-year-old who lives in the northeastern ward of Nowon. "I was told that it would take some time for me to be tested at the Nowon health center, which is why I came here."

"I read in the news that the screening center was pretty close to my house. I didn't have to wait long to be tested; there weren't many people," said a 66-year-old who also arrived on Thursday from Myanmar. 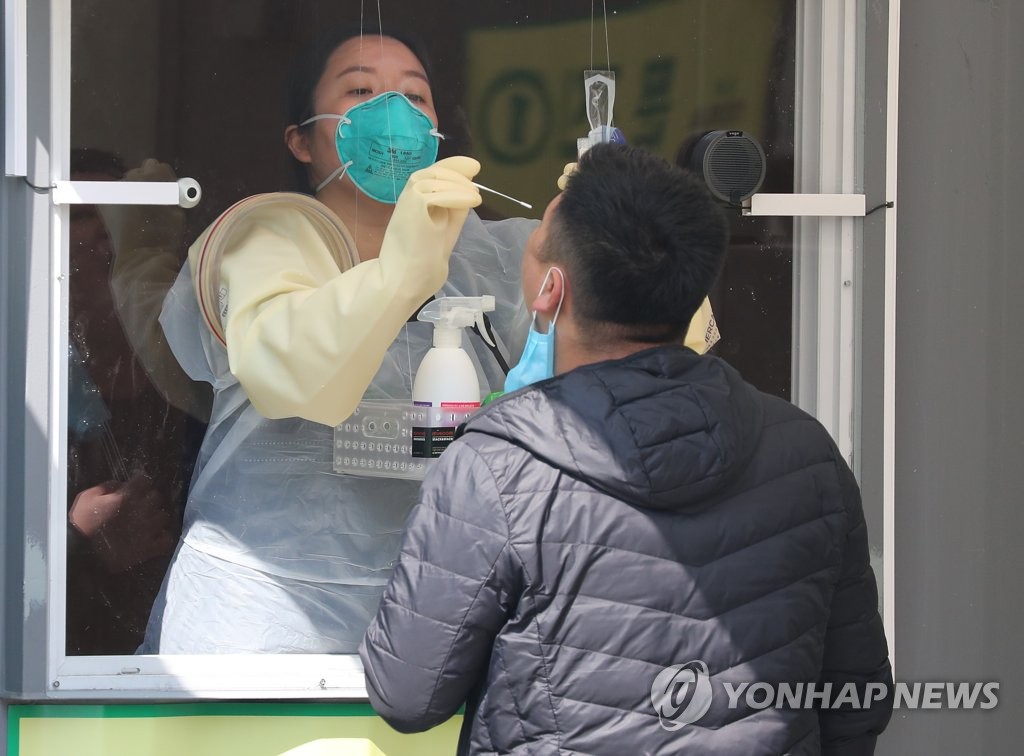 The testing process was simple and quick, taking roughly 15 minutes in total.

A health official wearing protective gear greeted a visitor who arrived by car. The official asked the person to use hand sanitizer before handing over a medical form to be filled out. In a separate booth, another official asked whether the person had symptoms or had been in contact with a patient. The person was then guided to the final booth where the testing took place.

The city operates buses and taxis from Incheon International Airport to the city so that overseas entrants can be tested at this walkthrough venue or community health centers before they return to their homes.

"The screening center was set up to test overseas arrivals who show no symptoms," a city official said. "The location was chosen considering that around 34 percent of infected cases were people living in the so-called three Gangnam wards," the official said, referring to the southeastern wards of Gangnam, Seocho and Songpa.

As of Friday, 169 of around 500 infections reported in the capital were imported cases.

"It's not mandatory for overseas entrants to visit this screening center, but (we) hope that as many people as possible come here," the city official said. 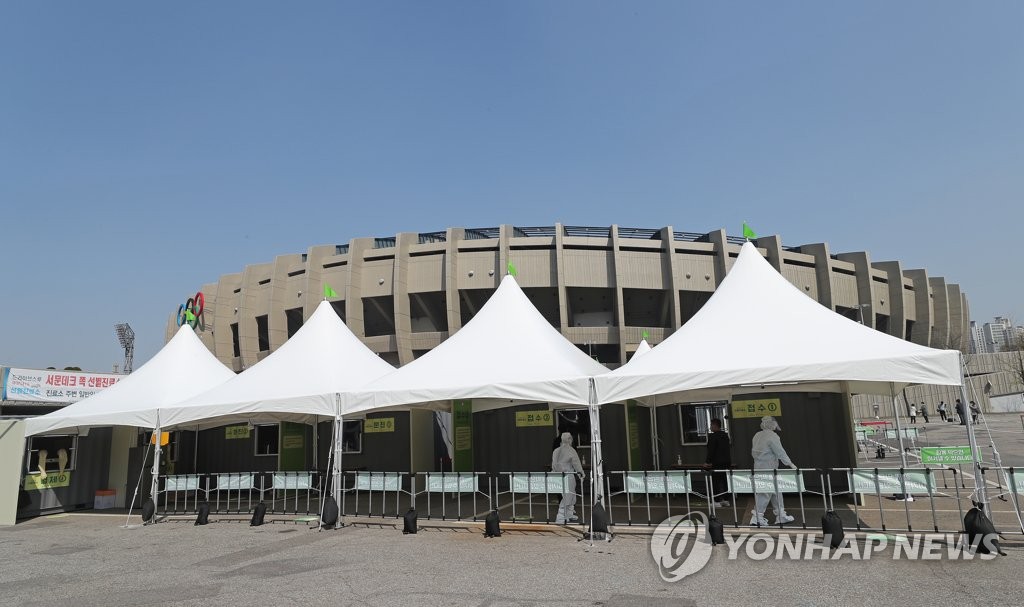