SEOUL, April 4 (Yonhap) -- South Korea's prime minister on Saturday hinted at an extension of government steps aimed at ending the spread of the new coronavirus, saying the country has no choice but to maintain a high-level social distancing drive.

"We have no choice but to continue an intense social distancing drive for some time in the future," Prime Minister Chung Sye-kyun said in a meeting held in Seoul to discuss measures against the new coronavirus outbreak. 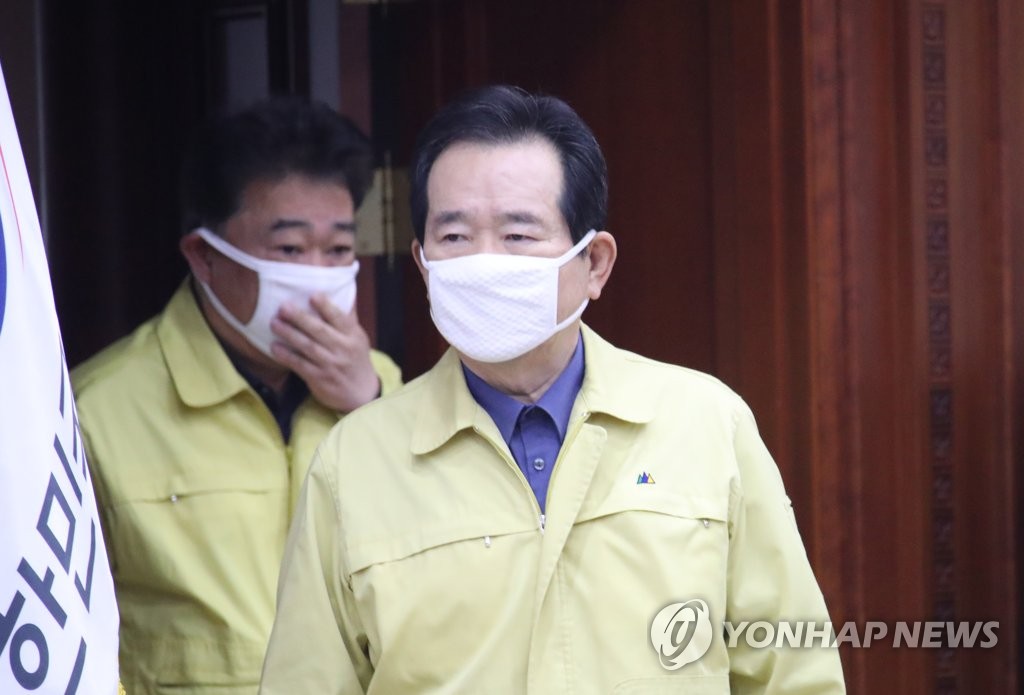 Chung's remarks came shortly before the government was set to announce the details of its latest prevention measures, which have widely been expected to include an extension of the social distancing drive.

The people have been advised to keep a social distance of at least 2 meters from each other since South Korea reported its first confirmed case of COVID-19 on Jan. 20.

The government intensified the drive two weeks earlier, forcing all major public facilities, including schools and private gyms, to shut down at least until this Sunday to help prevent clusters of infections.

"The country has maintained a social distancing drive since its first COVID-19 case, and as the result of an enhanced drive from two weeks before that was aimed at enabling the students to return to school, the country now has a much safer environment from infection than those of the United States or Europe," Chung said in the meeting.

The government pushed back the start of the new school year for a third time on Tuesday, signaling an extension of the enhanced social distancing drive.

Details of the latest government measures were set to be announced later in the day by the health minister.