SEOUL, April 5 (Yonhap) -- South Korea's exports of agricultural products moved up 6 percent in the first three months of the year from a year earlier, with shipments to China remaining steady despite disruptions caused by the outbreak of COVID-19, the agriculture ministry said Sunday.

Asia's fourth-largest economy saw its exports of agricultural goods reach US$1.74 billion in the January-March period, up 5.8 percent from a year earlier, according to the Ministry of Agriculture, Food and Rural Affairs. The figure excludes fishery products.

Exports of farm goods dipped 10.8 percent in January but turned higher in February.

Shipments of fresh farm goods rose 2.7 percent on-year to $329 million in the first quarter of the year, while those of processed farm goods rose 6.6 percent to $1.42 billion over the cited period. 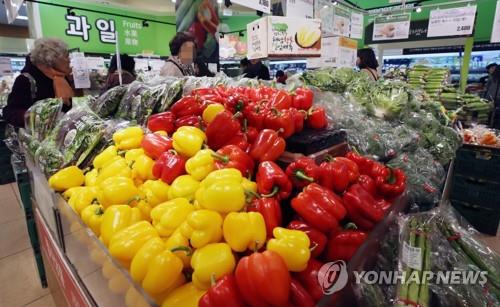