SEOUL, April 5 (Yonhap) -- A majority of employees at call centers in South Korea still feel their workplaces aren't properly protected from coronavirus infection, a survey showed Sunday, despite government guidelines announced last month in the wake of a cluster infection at a Seoul call center.

On March 12, with infections linked to a call center in Guro District soaring, the government unveiled 14-point safety guidelines for call centers, including installing partitions between workers and rearranging desks to create more distance between employees. 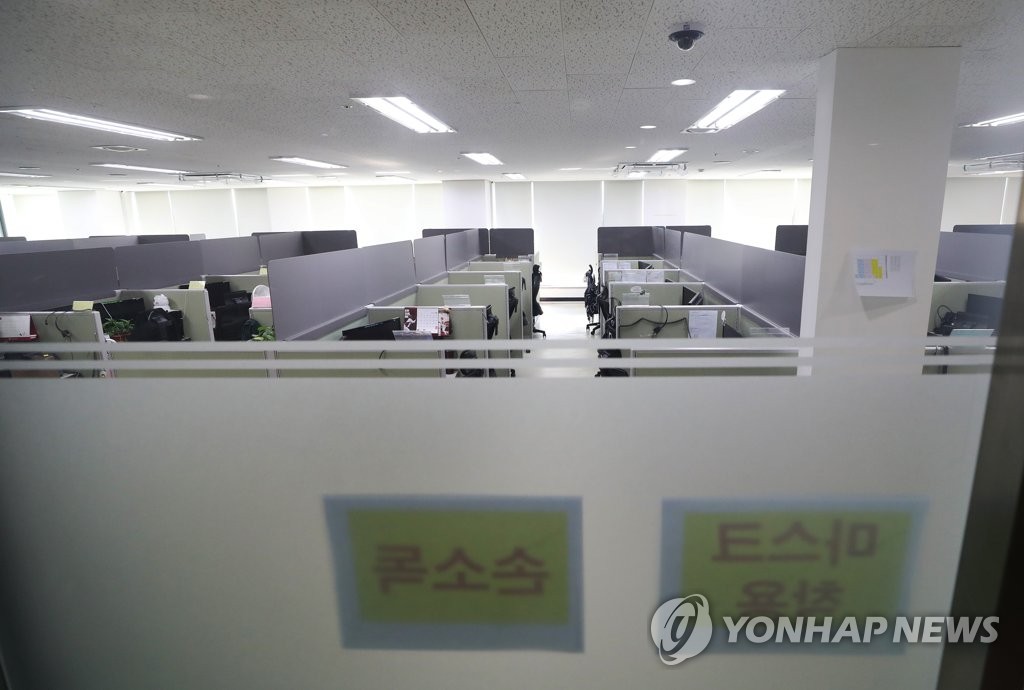 In the same survey, 40.8 percent, or 254 people, said they feel safe at their call centers, up from 14.4 percent from the survey that covered March 11-12, just before the guidelines were unveiled.

Sunday's survey also showed that 51.1 percent said their call centers are implementing more than 10 of the 14 safety measures from the government guidelines.

But among those who work at call centers for government agencies, only 41.7 percent said their workplaces were adhering to more than 10 of those safety points.

Just about half of the polled, 50.5 percent, said they felt those pointers were effective in preventing COVID-19 infections.
(END)