SEOUL, April 5 (Yonhap) -- The Seoul city government said Sunday it will take legal action against a Protestant church for breaking the city's administrative order not to hold mass gatherings to prevent the spread of the new coronavirus.

The city is going after Sarang Jeil Church, which pressed ahead with a service for the second consecutive Sunday. It had been banned by the city government from hosting mass events after it violated precautionary measures for containing COVID-19 during its service on March 22.

The church, in the northeastern ward of Seongbuk, is associated with Jun Kwang-hoon, a conservative pastor who has led anti-government rallies in central Seoul. Jun, currently detained, was recently indicted for allegedly defaming President Moon Jae-in and breaking public election law ahead of the April 15 general elections. 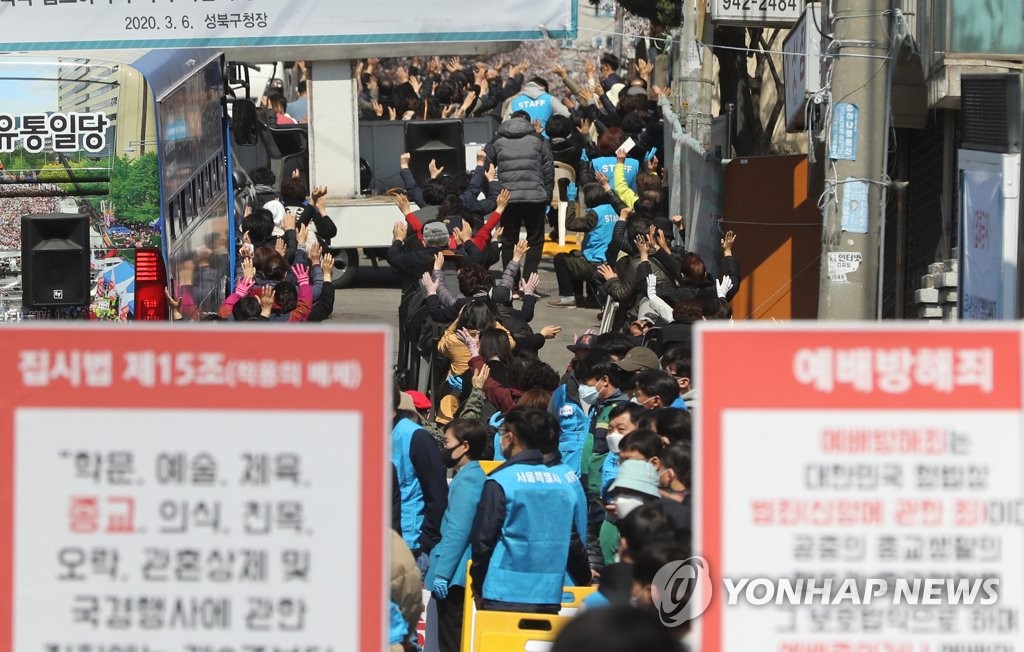 As part of the government's social distancing drive, churches are advised to check the temperatures of their followers and to maintain a distance of 2 meters during services, among other quarantine measures.

A church official explained that only pre-registered followers were allowed to attend the service, and they were kept at least 1 meter apart from one another.

The city government sent three staffers to see if the church was adhering to quarantine rules.

Several police officers were also dispatched to guard against any potential clashes. The Seoul Metropolitan Police Agency said it had 517 officers stationed at 206 religious facilities across the city on Sunday.

Elsewhere, Kwanglim Church in the southern district of Gangnam and Yonsei Central Church in Guro in the southwestern part of Seoul also pushed ahead with offline services.

The government's initial social distancing drive had been scheduled to end Sunday, but it extended the campaign by two more weeks on Saturday. President Moon Jae-in took to social media to plead with religious groups to comply with social distancing recommendations. 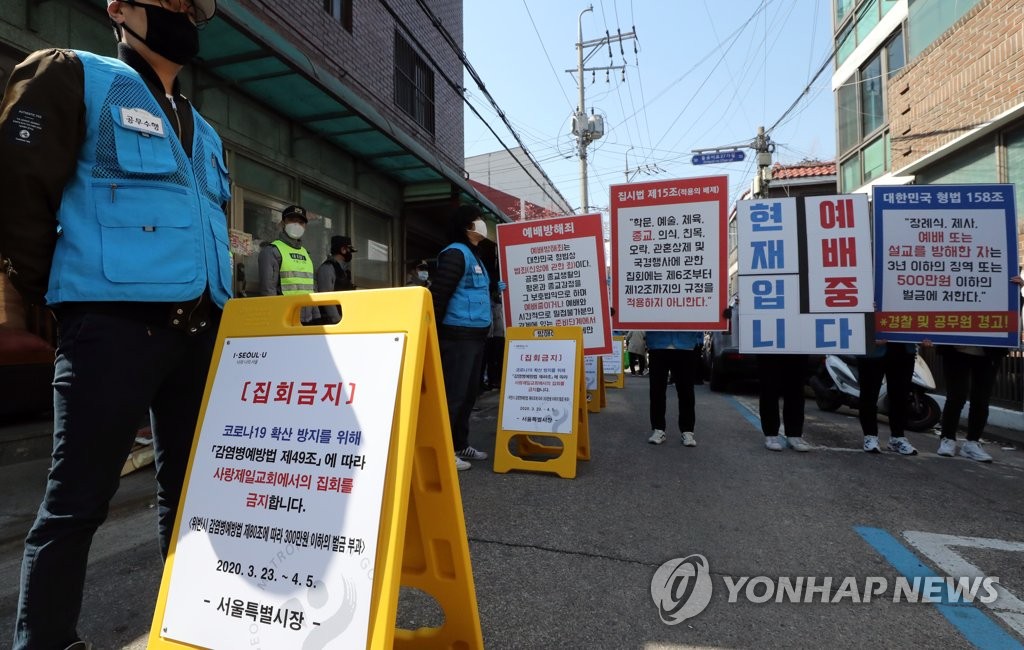 Church to face legal action for holding service against order

Church to face legal action for holding service against order