USFK said an American contract worker working for the military camp was diagnosed with COVID-19 on the day.

According to USFK, the U.S. citizen last visited Camp Humphreys, the USFK headquarters in Pyeongtaek, some 70 kilometers south of Seoul, and has since been under self-quarantine at his home for having been in contact with another coronavirus patient.

The additional case brought the total number of USFK-related infections to 19, the military said.

It marks the fifth consecutive day a new COVID-19 case was confirmed among the USFK community. 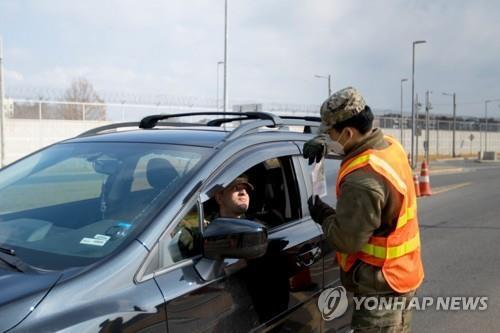