SEOUL, April 6 (Yonhap) -- Major firms in South Korea are slated to pay out more than 5 trillion won (US$4.04 billion) in dividends to foreign investors in April, data showed Monday, raising concerns over a possible deficit in the country's current account balance.

South Korea's top 20 firms in terms of dividend payouts are scheduled to pay 5.38 trillion won to offshore investors this month, according to the data from the Financial Supervisory Service and the Korea Exchange.

Top-cap Samsung Electronics Co., in which foreigners hold a 56.9 percent stake, will pay out 1.37 trillion won to foreigners, the largest among those corporations. 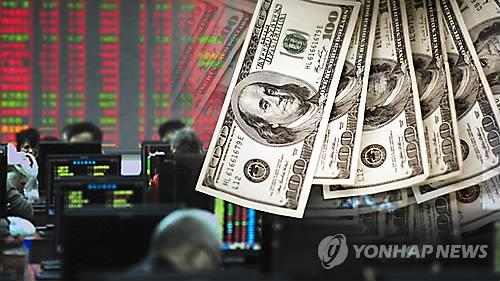 The payment of large dividends to foreigners, combined with falling exports stemming from the outbreak of the novel coronavirus, is feared to send South Korea's current account balance into the red as it did a year ago.

In April last year, Asia's fourth-largest economy recorded a current account deficit of $390 million, the first red ink in seven years, due to the dividend payment of $6.7 billion to foreigners and poor exports.

Yet experts said one bright spot is a recent tumble in international crude prices as South Korea relies entirely on imports for its oil needs.

South Korea's exports fell 0.2 percent on-year to $46.9 billion in March from a year earlier in the face of the growing economic fallout from the new coronavirus pandemic.
(END)