SEOUL, April 6 (Yonhap) -- President Moon Jae-in's approval rating has ascended to this year's hightest of 53.7 percent, a poll showed Monday, amid a widespread view that his administration is coping effectively with the coronavirus.

In the five-day phone survey of 2,521 people nationwide, age 18 or older, through last Friday, Moon's popularity rose 1.1 percentage points from a week earlier, while the portion of those critical of his leadership fell 0.9 percentage point to 43.2 percent, according to Realmeter. The margin of error is plus or minus 2.0 percentage points.

Realmeter cited the government's announcement last Monday of a decision to provide middle- to low-income families with "emergency disaster relief payment" of up to 1 million won (US$800). It drew support from a majority of South Koreans, multiple polls showed.

Moon has been also engaging in a series of phone talks with foreign leaders, many of whom are seeking his quarantine advice and the supply of South Korea's test kits.

The survey results came as South Korea is preparing for the April 15 parliamentary elections. 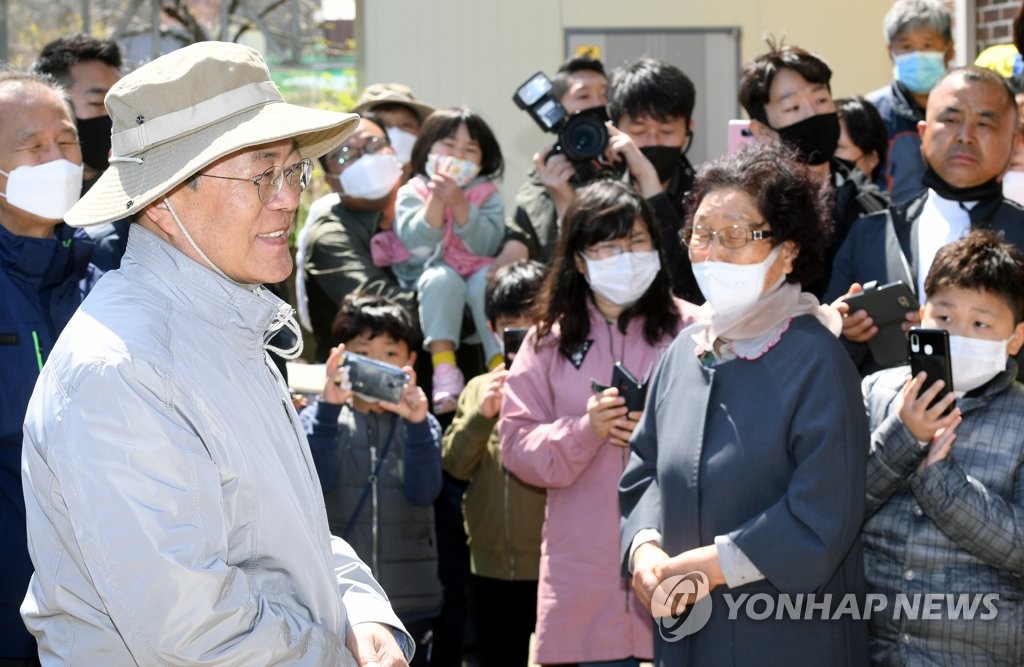