SEOUL, April 6 (Yonhap) -- The number of moviegoers dropped to a record low over the weekend as lingering fears of the novel coronavirus keep people staying at home, data showed Monday.

A total of 80,180 people went to cinemas on Saturday and Sunday, down sharply from a combined 86,274 tallied a week earlier, according to the data by the Korean Film Council (KOFIC).

It is the lowest weekend number since KOFIC started to compile local box office data in 2004.

The record-breaking downbeat trend in the number of moviegoers has been continuing for weeks as people are asked to avoid public gatherings and outdoor activities to prevent the spread of COVID-19.

Due to the fallout from the coronavirus epidemic, multiplex chains like CGV have closed some of their theaters nationwide, and film distributors have rescheduled their release plans.

South Korea has reported more than 10,000 confirmed cases of the coronavirus since its first outbreak on Jan. 20. 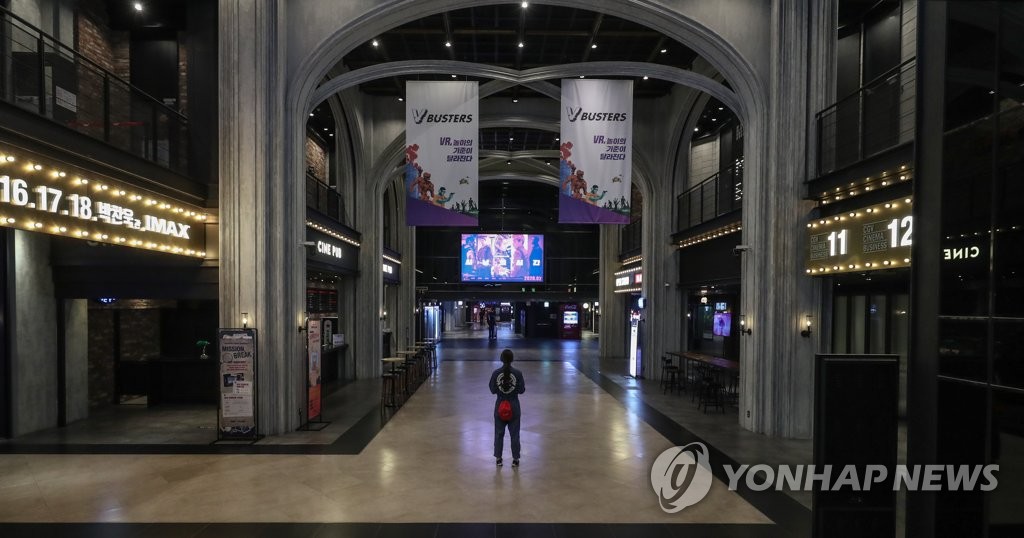