The military will mobilize some 1,400 service members from 26 engineering units from the Army, Air Force and the Marine Corps to search and clear the mines near Mount Cheonseong and Mount Geumgseong in the Gyeongsang provinces by next year, it said.

The government plans to develop trekking courses at the areas for local residents.

"The mission will be carried out with the safety of our service personnel as the top priority while considering regional circumstances and strict quarantine measures in place," the JCS said in a release.

Millions of land mines are believed to have been buried on the divided peninsula during the 1950-53 Korean War, and many remain unaccounted for. The two Koreas remain technically at war since their conflict ended in a truce, not a peace treaty. 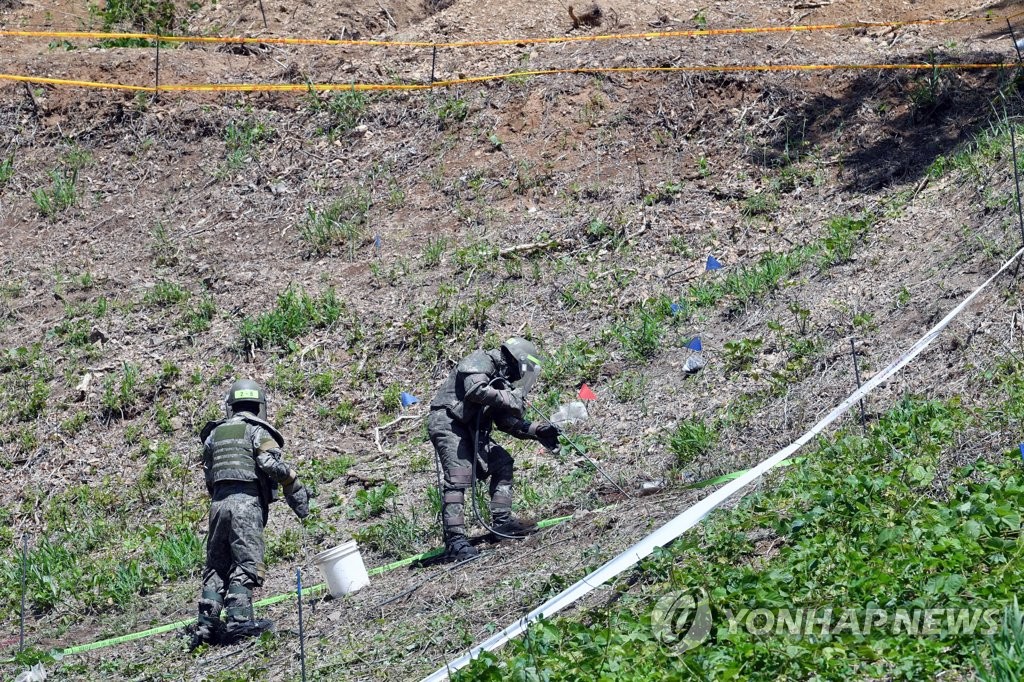