SEOUL, April 6 (Yonhap) -- A Taiwanese woman has been deported from South Korea after refusing to stay at a quarantine facility, the justice ministry has said.

The woman, whose identity was withheld, was deported to Taiwan late Sunday after she disagreed with paying expenses to stay at a government-designated quarantine facility, according to the Ministry of Justice.

To contain imported cases, South Korea has imposed a mandatory two-week self-isolation for all international arrivals since Wednesday.

Both Koreans and foreign nationals have to go into self-isolation at their homes or government-designated facilities upon their arrival. Daily prices at the facilities cost around 100,000 won (US$81).

The Taiwanese national arrived at Incheon International Airport on Thursday and was sent to a quarantine facility the next day after agreeing to be quarantined at the facility.

The woman, however, was sent to the immigration office after she refused to pay the expenses.

The ministry approved the deportation based on the judgment that her move was "a refusal of the government's quarantine measures to contain the COVID-19 outbreak," it said.

This is the first case in which a foreigner has been deported for refusing to stay at a quarantine facility. In total, 11 foreigners have been denied entry for refusing to undergo mandatory self-isolation. 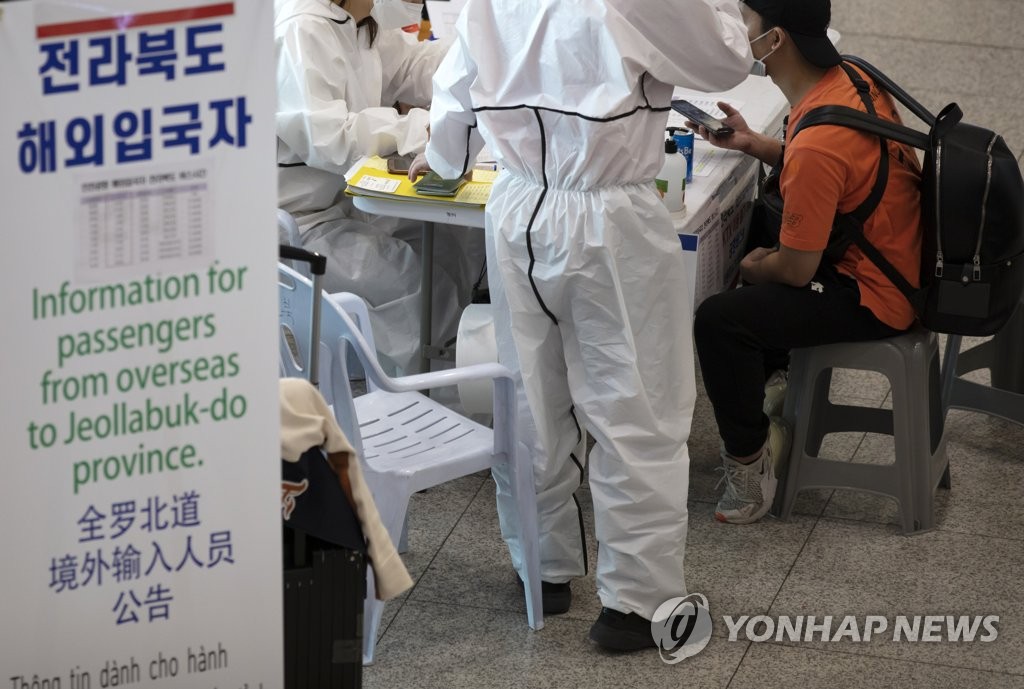