To promote voters' accessibility, 99.1 percent of the polling stations will be set up on the first floor of designated facilities or at those with elevators, according to the National Election Commission (NEC).

South Korea will hold the general elections in the midst of its fight against the new coronavirus outbreak.

To prioritize voter safety, the NEC earlier said voters will have their temperature checked at the entrance and should keep a distance of at least 1 meter from others while waiting to vote. Polling booths and ballot stamps will be disinfected.

The watchdog has advised people to wear face masks to cast their ballots. It also plans to establish makeshift polling booths to enable people with COVID-19 symptoms to vote.

The NEC said it has sent election-related information booklets about political parties and candidates to households. It has also sent ballots to nearly 10,530 people who have applied to cast ballots at their residences.

COVID-19 patients being treated at hospitals or designated facilities and people in a two-week isolation period at home will be able to vote via mail if they applied to do so between March 24 and 28.

The watchdog, meanwhile, said shipboard voting will be conducted on 394 vessels involving 2,821 crewmen between Tuesday and Friday.

The voting date will be decided by captains during the period. 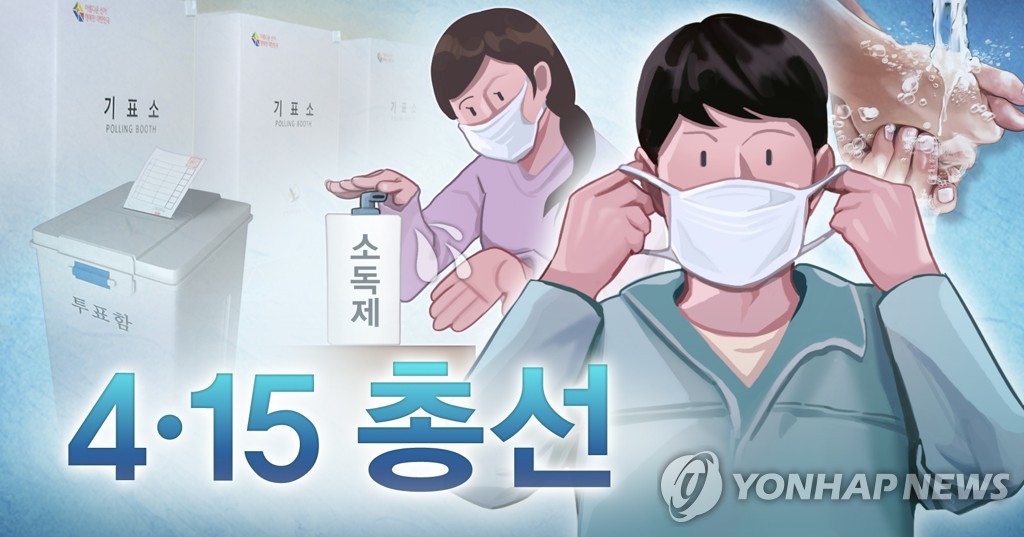