SEOUL, April 6 (Yonhap) -- The South Korean baseball club NC Dinos canceled their practice for Monday after one of their coaches got tested for the coronavirus.

The Korea Baseball Organization (KBO) club said the coach exhibited a fever earlier in the day and is currently awaiting his test results. The coach and the rest of the team have been sent home to self-isolate.

There haven't been any confirmed cases in the KBO, but several teams have had multiple disruptions to their training since they returned home from overseas spring training last month. 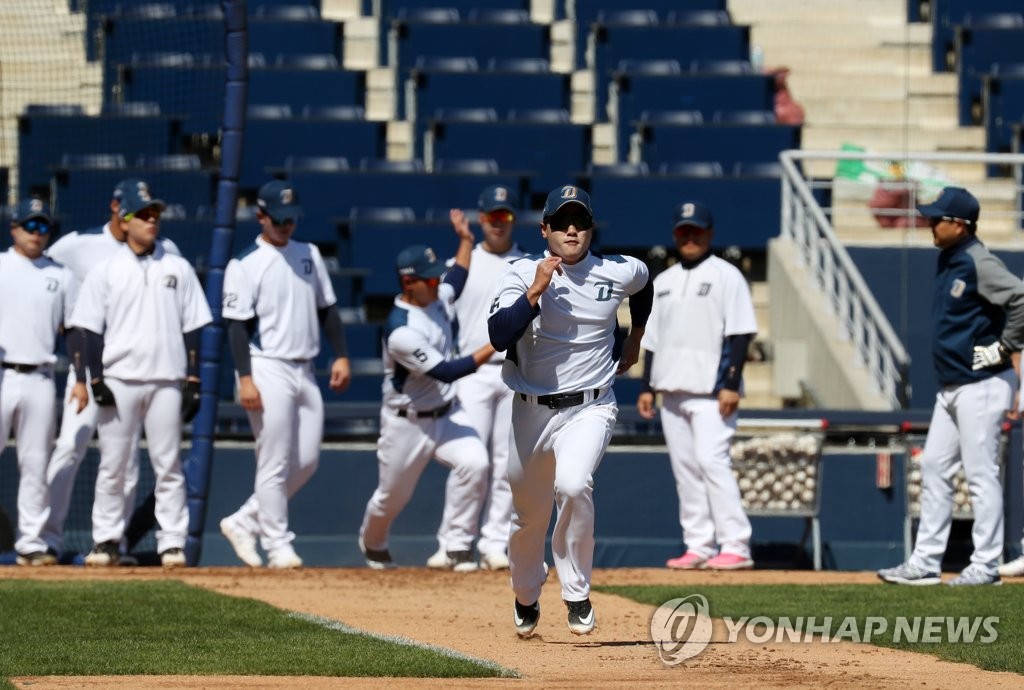 The Dinos, based in Changwon, 400 kilometers southeast of Seoul, have had two such scares, most recently involving a minor league coach last Friday, but have been able to return to action each time thanks to negative test results.

Last week alone, two Seoul-based clubs, the Kiwoom Heroes and the Doosan Bears, had to temporarily halt their training because of COVID-19 testing. For the Heroes, it was a front office employee who ultimately tested negative after showing a fever. The Bears had a player diagnosed with pneumonia, but his COVID-19 test came back negative.

The coronavirus pandemic forced the KBO to delay the start of its regular season, which would have begun on March 28 under normal circumstances. The league hopes to start playing exhibition games during the week of April 20, with the regular season to follow either in the final week of this month or the first week of May. But a recent surge in these disruptions isn't inspiring confidence in the KBO's chances of starting the season this month.

In a leaguewide effort to prevent the spread of the virus, KBO teams are currently limited to playing intrasquad scrimmages at their own parks, with no traveling permitted.

The coronavirus has forced the basketball and volleyball leagues to cancel their seasons before their completion. The men's and women's pro football seasons have yet to kick off, while pro golf tours also remain suspended. 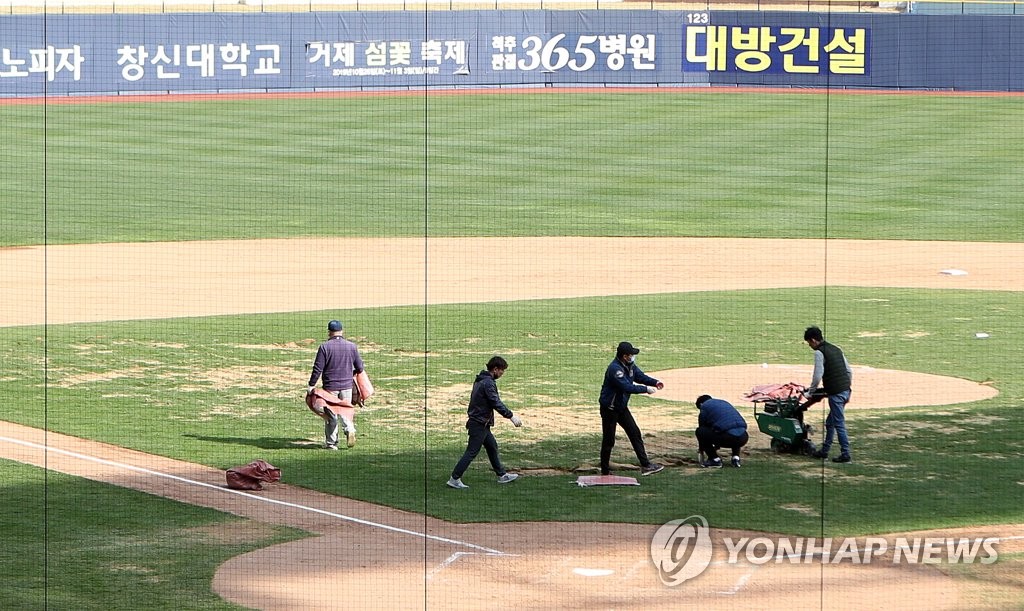