SEOUL, April 6 (Yonhap) -- South Korea's chief financial regulator on Monday dismissed allegations that some companies are facing a looming credit crunch this month amid the spread of the novel coronavirus.

Outstanding loans extended by five major banks to large companies came to 78.7 trillion won (US$61.8 billion) as of March 20, up nearly 1.8 trillion won from end-February, according to the data from the banks.

Loans extended to small and midsized firms jumped by more than 61 trillion won or 16 percent over the cited period to 447.2 trillion won from 385.4 trillion won.

The hike comes amid speculation about a potential credit crunch caused by the COVID-19 pandemic. 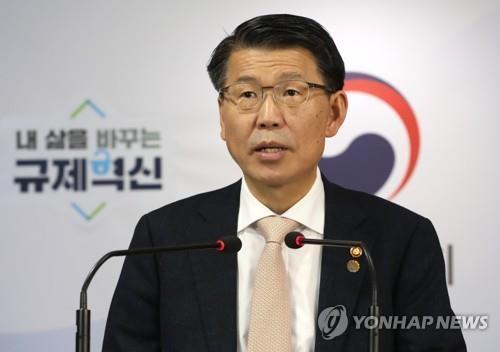 Financial Services Commission Chairman Eun Sung-soo said the government will act in a timely fashion to deal with any problem over financial issues, noting that it's hard to believe that the alleged credit crunch is backed up by facts.

The Bank of Korea also said last month that it will purchase an unspecified amount of local bonds to help prevent a possible credit crunch facing local companies.

"The government has a firm stance that it will thwart the collapse of companies over a temporary credit crunch," Eun said.

He said the government is aware of the crisis facing South Korean airlines, but he said the carriers need to expand capital and improve their management to tide over difficulties.

The Korea Civil Aviation Association warned that the airlines could go bankrupt if the COVID-19 pandemic prolongs.