The two South Korean tech giants originally planned to resume their plant operations in Russia on Monday after one-week suspensions, but they will extend the shutdown period to cooperate with the country's efforts to stem COVID-19 infections. Russia has reported more than 4,700 cases. 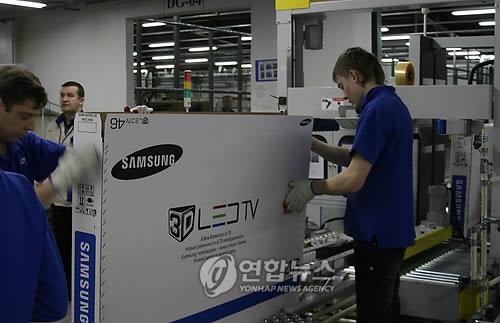 LG said its factory in Ruza, west of Moscow, that produces home appliances will be shuttered until April 30. Samsung said it will soon finalize the reopening date of its TV factory in Kaluga, southwest of Moscow.

In recent days, Samsung and LG have resumed their factory operations in other countries.

Samsung's washing machine factory in South Carolina, the United States, is set to reopen Monday after the company closed the facility for three days because of a worker infected with COVID-19.