SEOUL, April 6 (Yonhap) -- The ruling Democratic Party (DP) said Monday it will push to expand the scope of recipients for emergency relief funds over the new coronavirus to the entire population, as it seeks to win support in the April 15 elections.

In a one-off stimulus program, South Korea plans to offer 1 million won (US$812) to four-person households in the bottom 70 percent income bracket. About 14 million households comprising 35 million people are expected to receive aid worth 9.1 trillion won in total.

The ruling party unveiled a plan to provide emergency aid to the entire population of 51.5 million people, vowing to handle it right after the April 15 elections.

"It is important to show that the country protects everyone regardless of regions and income," DP Chairman Lee Hae-chan said at the party's election-preparation meeting in the southeastern city of Busan.

DP floor leader Lee In-young had a similar view, citing the need to provide financial support swiftly to more people due to the economic fallout from the coronavirus outbreak.

The DP's plan is an apparent response to a proposal by Hwang Kyo-ahn, the chief of the main opposition United Future Party, to grant 500,000 won to all of the people.

The COVID-19 pandemic has prompted the government to prepare for direct payment, widely viewed as basic income, as the prolonged crisis has dealt a serious blow to smaller firms and the self-employed.

The government said Friday it will decide on the recipients of the aid package based on health insurance premiums. But critics said this calculation method would not reflect recent sharp falls in income.

Despite the ruling party's ambitious plan, it remains uncertain whether the government will welcome the idea due to pressure on financial soundness.

The government plans to seek another supplementary budget to finance the massive aid package, on top of an 11.7 trillion-won extra budget created to fight the new coronavirus.

Some critics said the two major parties have made populist proposals to win over voters ahead of the general elections. 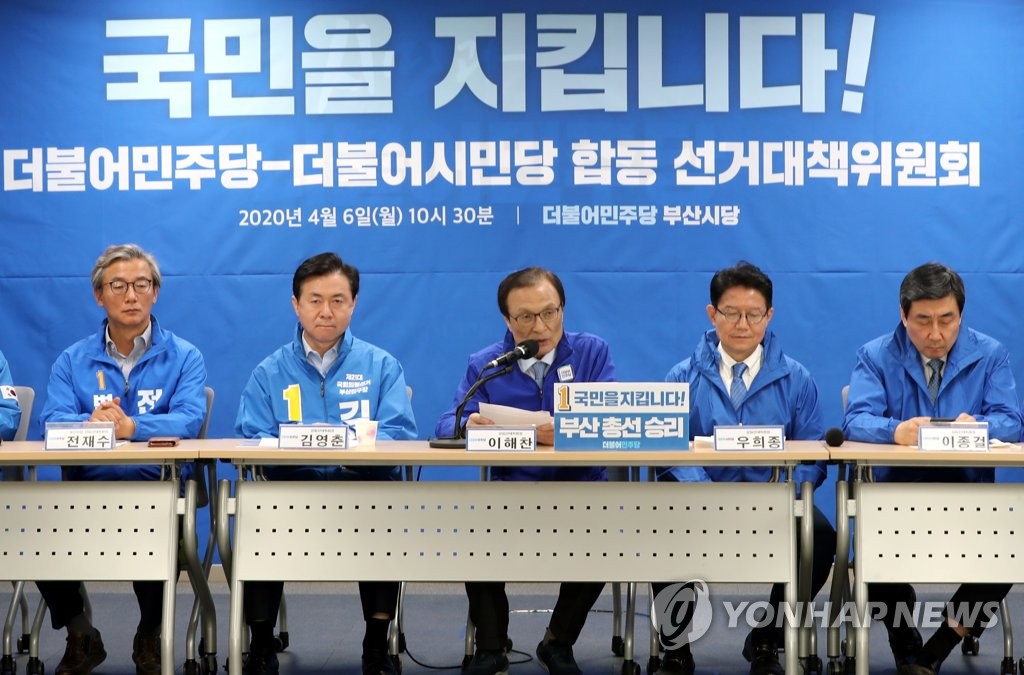