SEOUL, April 6 (Yonhap) -- Peruvian President Martin Vizcarra said Monday his country is in urgent need of South Korea's coronavirus test kits and pledged to make every effort for the health and safety of South Koreans there, according to Cheong Wa Dae.

Speaking over the phone with President Moon Jae-in for about 20 minutes, Vizcarra said Peru is suffering "the most difficult situation" in fighting the virus, and a tougher road may lie ahead.

Citing South Korea's quarantine-related decisions, he said, "We would like to follow suit," according to Cheong Wa Dae spokesperson Kang Min-seok.

Moon replied that what is most important is the international community's "cooperation and solidarity."

He assured Vizcarra that South Korea would actively share with Peru its experience dealing with the virus, clinical data and medical devices, if available.

For South Korea, he pointed out, Peru is a "friendly country" that has constantly developed cooperative ties since the establishment of a bilateral diplomatic relationship in 1963.

Moon also expressed appreciation over the Peruvian government's cooperation in bringing more than 200 South Koreans back home from the South American nation.

He asked for the president's special care for around 1,300 South Koreans remaining there.

"The Peruvian government will do its best for the safety and health of South Koreans," Vizcarra was quoted as saying. He added his government is in consultation with the South Korean Embassy to help those hoping to return home. 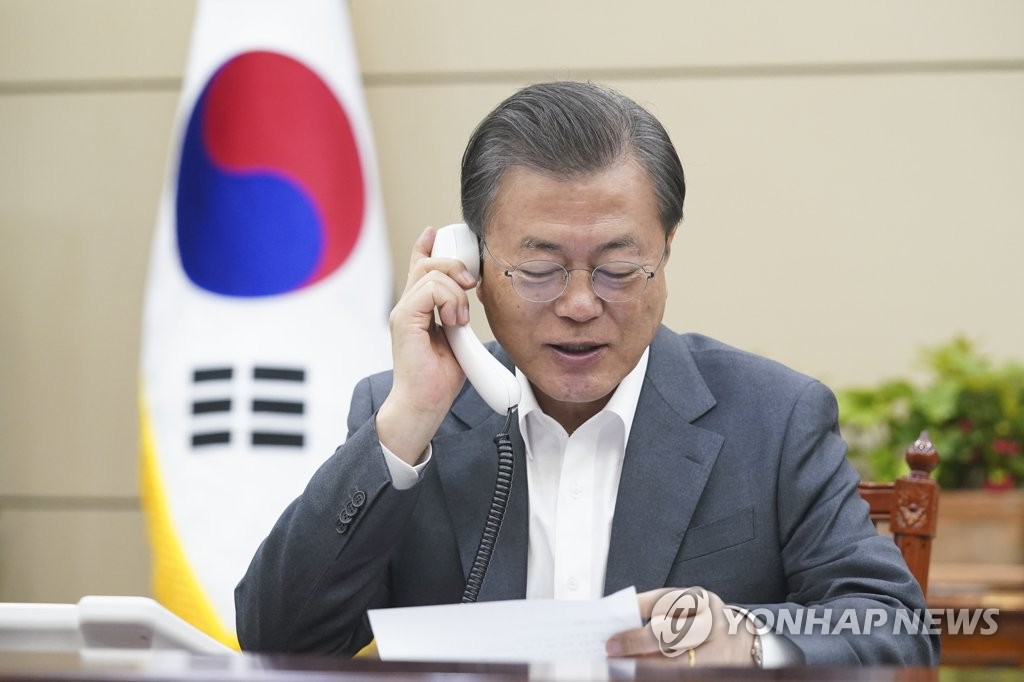