SEOUL, April 6 (Yonhap) -- More than 30 percent of coronavirus patients in a cluster of infections showed no symptoms, an investigation showed Monday, renewing concerns that people can spread the virus without knowing they are infected.

A total of 39 people linked to the main building of the Ministry of Oceans and Fisheries in the central city of Sejong tested positive for the virus between March 10 and 24, with 13 of them showing no symptoms at the time of detection, according to the epidemiological investigation by the Korea Centers for Disease Control and Prevention (KCDC).

The investigation found that the testing and isolation of symptom-free coronavirus carriers prevented the cluster at Sejong's sprawling government buildings from spreading further.

The first suspected case was reported at the ministry's building on March 3, and the first person tested positive for the virus on March 10, the investigation showed. 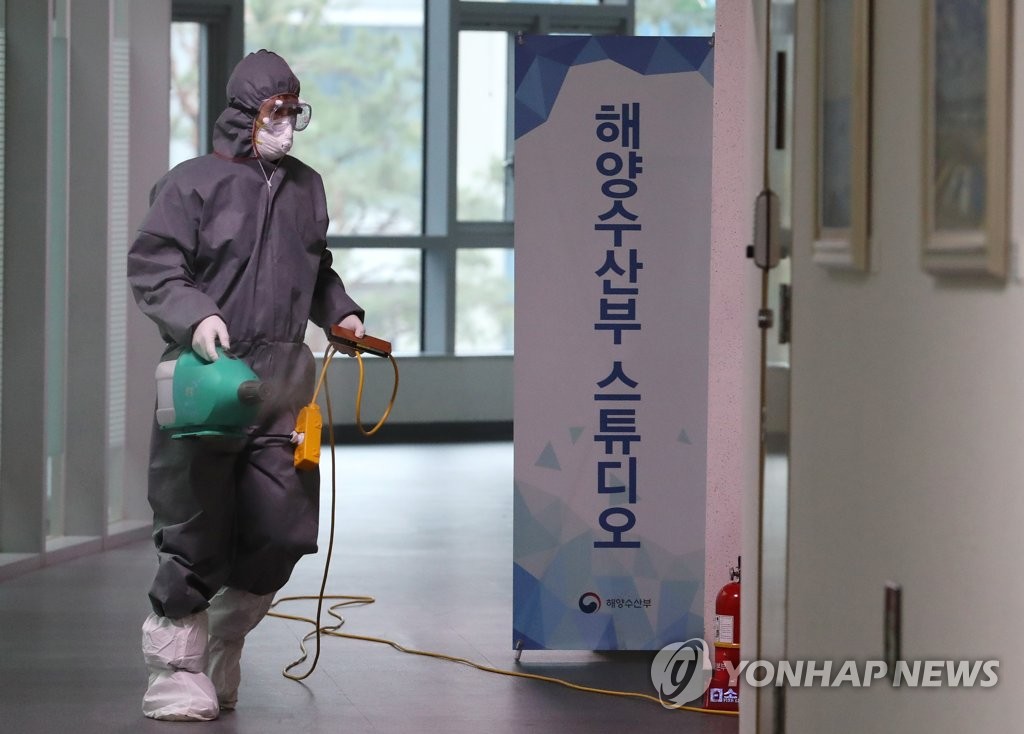 During the weeklong period, 16 people who shared the fourth floor of the building with the first patient showed symptoms.

Since the first patient was confirmed, more than 500 people who worked in the building and some of their family members had gotten tested through March 24.

Given the symptoms shown by confirmed cases, the KCDC suspected that people at the ministry might have been exposed to the virus in late February.

It is still unknown how the first patient was infected with the virus, the KCDC said.

South Korea's coronavirus caseload stood at 10,284 as of Monday, with the virus claiming 186 lives. About 6,600 coronavirus patients have recovered.

Over 30 pct of virus patients in cluster case show no symptoms: KCDC

Over 30 pct of virus patients in cluster case show no symptoms: KCDC