SEOUL, April 6 (Yonhap) -- U.S. Forces Korea (USFK) has commissioned civilian labs in South Korea to conduct coronavirus tests on samples from American troops stationed outside of the Korean Peninsula, as it was unable to handle all outside test requests, sources said Monday.

A vernacular daily reported earlier in the day that 72 American service members have been confirmed to have the virus in tests conducted by a South Korean research institute in Seoul at the request of the U.S. military hospital at Camp Humphreys.

The paper cited USFK saying that the service personnel were not part of USFK but "soldiers who contribute to South Korea's security." The daily raised speculation that they could be sailors on the nuclear-powered submarine USS Theodore Roosevelt or servicemembers stationed in Okinawa or Guam.

Sources said that USFK agreed to help other services conduct test samples, and is capable of testing around 100 swabs per day. But it has had difficulties handling all outside test requests due to the recent run of confirmed cases among its population, according to the sources.

Other details were not known, including how many samples were brought in from outside the Korean Peninsula or how many local labs have been involved.

In response to controversy over bringing in virus samples, health authorities said that several foreign countries have asked local institutions for coronavirus testing, and some cases have been approved as long as they do not affect the country's disease control system.

"To minimize any possible impacts on our quarantine system, we've issued an administrative order, which went into effect on April 1, which requires local labs to report such requests to the authorities in advance for consultations," Jeong Eun-kyeong, director-general of the Korea Centers for Disease Control and Prevention (KCDC), said in a regular briefing.

Foreign entities are not required to notify local labs of personal information of the testees, she said. 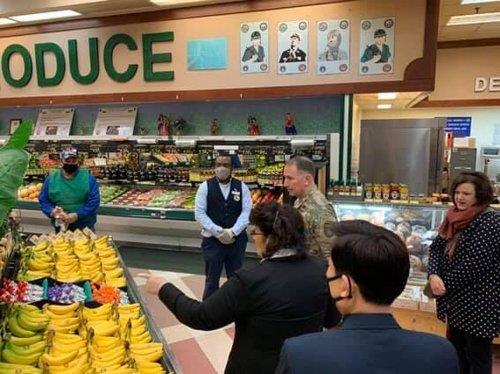 USFK brought in coronavirus samples from overseas for testing at local labs: sources

USFK brought in coronavirus samples from overseas for testing at local labs: sources