SEOUL, April 6 (Yonhap) -- U.S. Forces Korea (USFK) is randomly conducting vinegar smell tests at entrances of its bases to screen people possibly infected with the new coronavirus, the military said, following reports that losing the sense of smell or taste could be an indication of virus infection.

"We are now performing random smell tests at the entrance gates of Camps Walker, Carroll and Henry to help better detect personnel who may be infected by COVID-19," U.S. Army Garrison Daegu said in a Facebook post Friday.

Those personnel who cannot detect the smell of vinegar will be further screened, it said, adding that studies have shown that the loss of smell is an early indicator of possible infection.

It is not unusual for patients infected with a respiratory virus to have such symptoms. Some experts said it is difficult to assess whether the loss of smell or taste is a sign of COVID-19 infection.

Replying to a comment questioning the accuracy of the method, the garrison said it is "definitely not a surefire way" to determine if someone has the virus, but a "tool."

"A large portion of COVID-19 patients never get a fever, which makes temperature checks also imperfect," it said.

USFK has reported 19 cases of the new virus so far.

The military remains at a level of "high" risk across the peninsula, and USFK Commander Gen. Robert Abrams has declared a public health emergency to issue related guidance and enforce compliance.

South Korea reported 47 new cases of the virus Monday, bringing the nation's total infections to 10,284, including 186 deaths. It marked the lowest increase since late February. 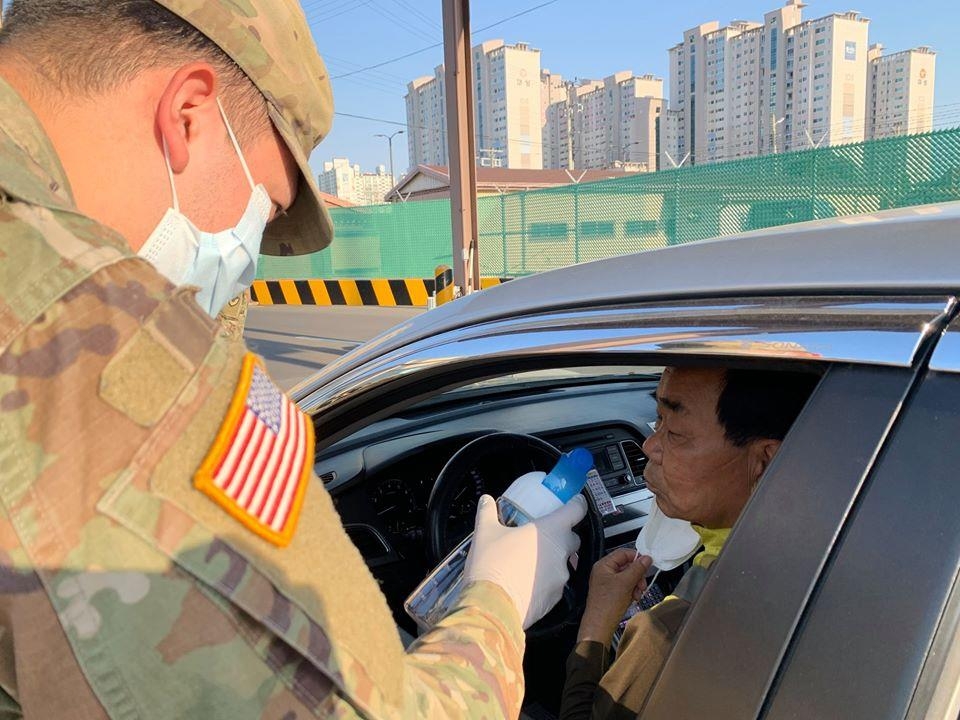