In a statement posted on their website Monday (local time), the London-based Spurs also said Son will rejoin them following the conclusion of his training in May.

The Premier League has been on hold since mid-March due to the coronavirus pandemic, and it recently announced the 2019-2020 season will only resume when it's "safe and appropriate to do so." It gave Son, who is recovering from a broken forearm suffered in February, a window to get his military service done this spring.

The Yonhap News Agency reported last week, citing an industry source, that Son was scheduled to begin his three-week training on April 20 with the Marine Corps on the southern island of Jeju. The boot camp will allow Son to fulfill required terms for his military service exemption.

Son earned his exemption by winning the gold medal for South Korea at the 2018 Asian Games. Instead of serving two years in the armed forces like other healthy South Korean males, Son only has to complete his basic training and then complete 544 hours of community service over the next 34 months while remaining an active professional athlete.

All South Korean male athletes who win a gold medal at the Asian Games or a medal of any color at the Olympics receive exemptions from the conscription.

Son returned home in late March for what Tottenham said then were "personal reasons." While in 14-day self-isolation, Son stayed in contact with Tottenham's medical staff for his injury rehab.

The Spurs boss Jose Mourinho said he didn't expect to see Son again this season. The player recently posted photos of himself on Instagram training without a cast. 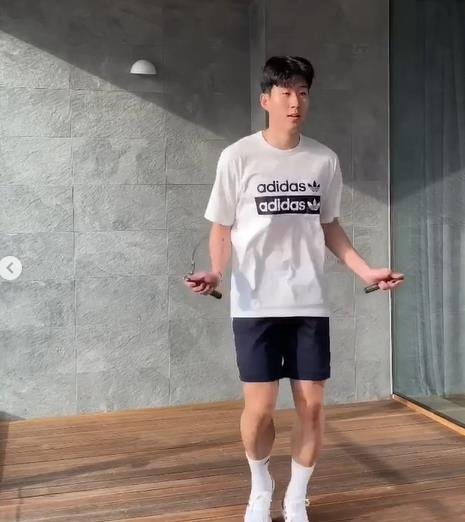