SEOUL, April 7 (Yonhap) -- South Korea said Tuesday it is continuing consultations with China on an "early visit" here by President Xi Jinping, dismissing a news report that the two sides have retracted a related accord amid the prolonged coronavirus outbreak.

Xi has agreed to travel to South Korea in the first half of the year for talks with President Moon Jae-in. The exact schedule has not been announced yet.

The Chosun Ilbo, a major Seoul-based daily, reported that Xi would postpone the trip to the latter half of 2020 or beyond due to the continued spread of COVID-19.

The South Korean government has also decided not to rush to arrange it, according to the newspaper.

It cited criticism among some conservatives here that the Moon administration has shunned full travel restrictions against China, where the coronavirus originated, in hopes of Xi's visit.

"There's no change in our plan to push for President Xi's early visit to South Korea within this year, keeping an eye on the COVID-19 situation," a Cheong Wa Dae official told reporters. "The two sides are in consultations for that."

The official, however, would not confirm whether Xi will visit South Korea before the end of June, which is seen as realistically difficult. 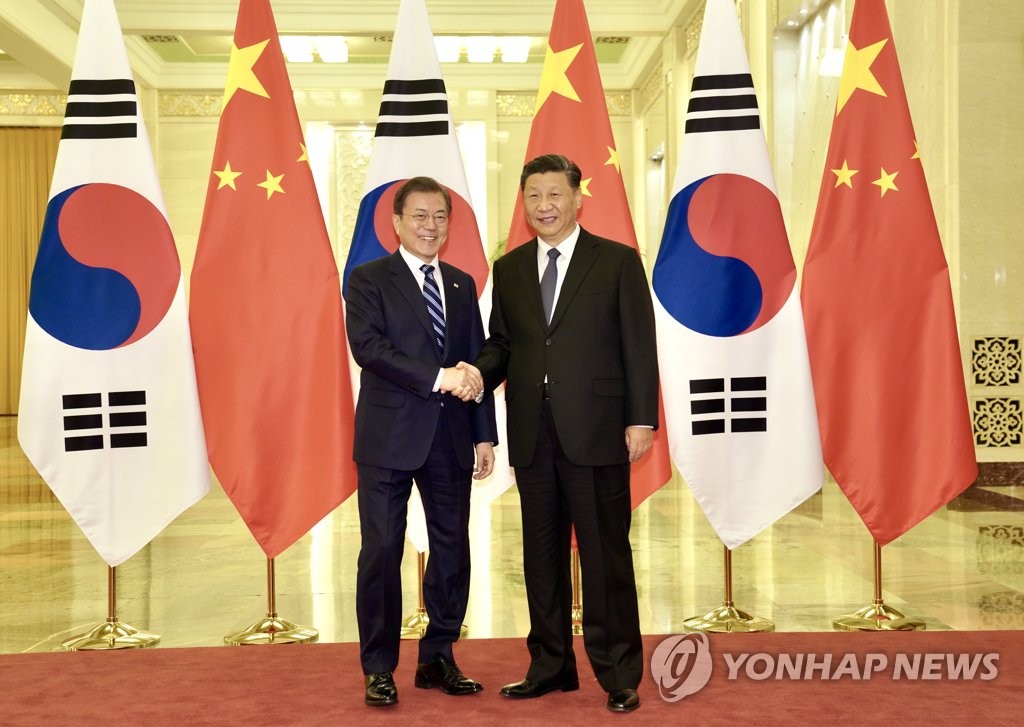