The 70-millimeter rocket system hit all 10 targets and met all U.S. requirements during the Foreign Comparative Testing (FCT) session held in South Korea in October that was attended by a panel of experts from the U.S. Department of Defense, according to the Defense Acquisition Program Administration (DAPA).

It is the country's first guided rocket system successfully evaluated through the test, it added.

As part of the country's coastal defense system, Bigung, which means "flying arrow," employs a "fire and forget" advanced guidance system, which does not require further guidance after launch so as to be capable of conducting multiple tasks at the same time and to be less vulnerable to possible attacks.

The system, called Low-Cost Guided Imaging Rocket (LOGIR), was developed by the Agency for Defense Development and LIG Nex1 in 2016, and has been managed by the Marine Corps.

"The achievement is expected to help our home-grown weapons system advance into the U.S. and other foreign markets," DAPA chief Wang Jung-hong said.

Pentagon's FCT Program is aimed at finding and fielding cutting-edge technologies from allies and partner nations to save cost and time. 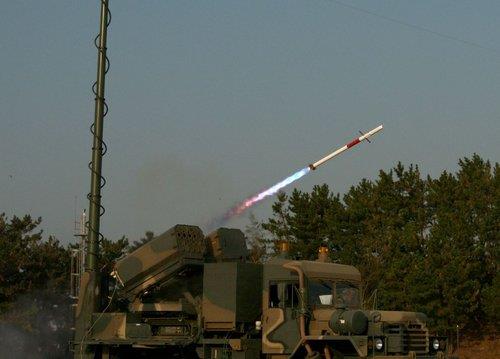