SEOUL, April 7 (Yonhap) -- With the possibility of a full season out of the question owing to the coronavirus outbreak, the top South Korean football league is considering cutting 11 matches from its normal fixture.

In a weekly briefing Tuesday, the Korea Professional Football League, which operates the top-flight K League 1 and the second-tier K League 2, said a 27-match season is the "likely" scenario for 2020.

The K League 1 season had been scheduled to kick off Feb. 29, but the spread of the coronavirus has forced an indefinite delay. Club officials last met March 30 but didn't come close to settling on a new start date, agreeing only to shorten the season whenever it may begin. 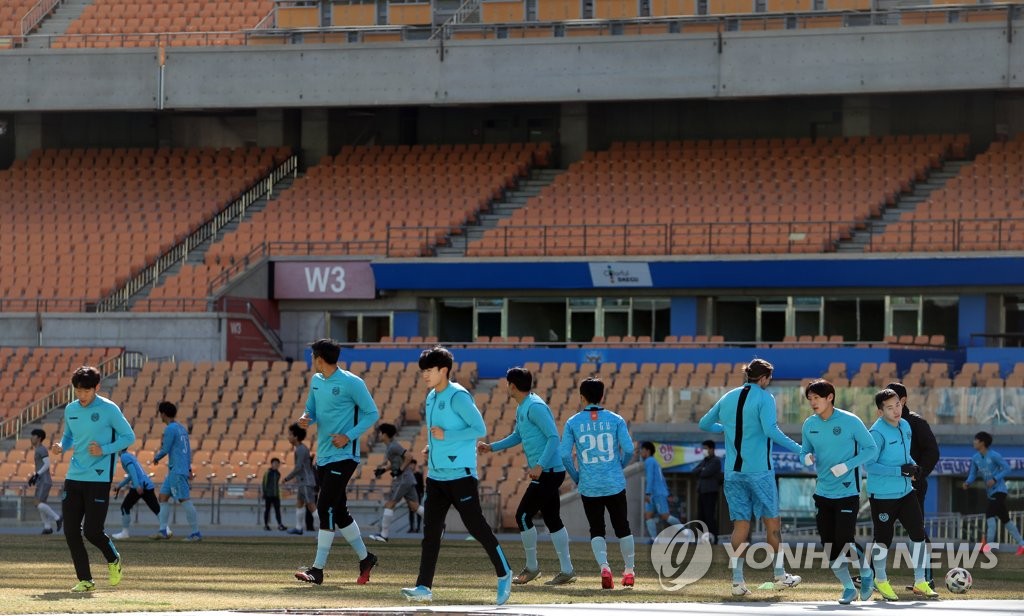 Since 2014, the K League 1 clubs have been playing 38 matches a season, through the end of November or the beginning of December.

They first play 33 matches, and then the top six and the bottom six teams are split into two groups, Final A and Final B. These teams then play five more matches within their groups -- one against each opponent -- to determine the champion at the top and the relegated club at the bottom.

With the start of this season already pushed back by more than a month, getting all 38 matches in, no matter how compressed the calendar will be, doesn't seem feasible.

Club representatives have also discussed playing 33 matches without the split phase, or playing 22 matches followed by 10 more in the split round.

"We haven't entirely ruled out a 32-match or 33-match season," a league official said Tuesday. "But considering the number of days available, we're leaning toward a 27-match schedule."

The official added that, at the other end of the spectrum, the K League 1 teams may be forced to play only 22 contests.

"We need to decide how many matches would be sufficient to constitute a season," he said. "Basically, every club would have to play once each at home and away." 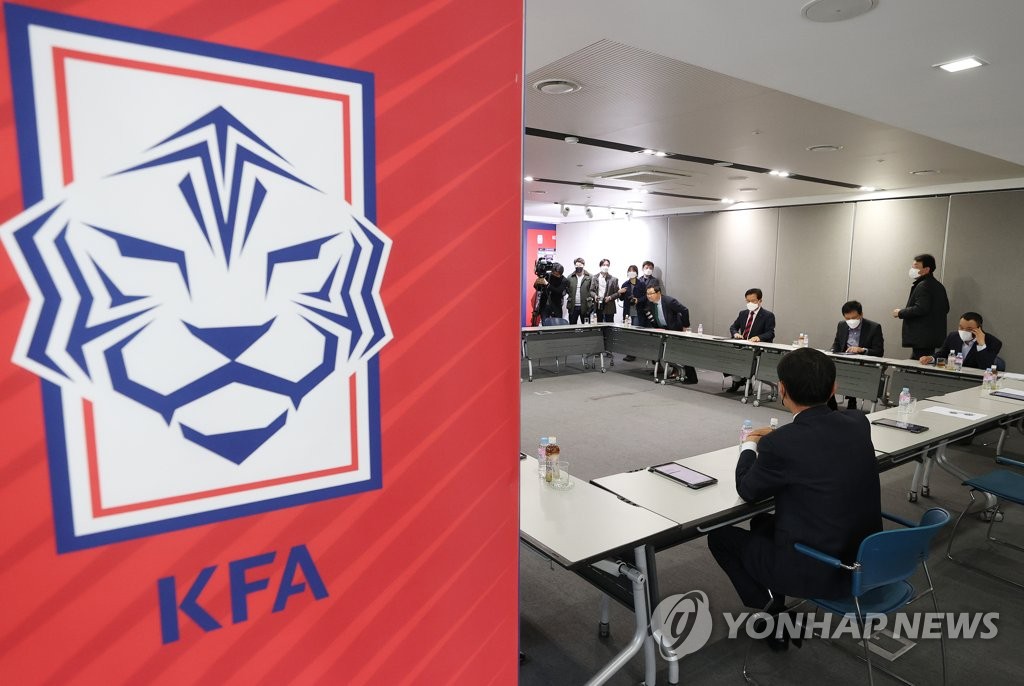 And there's still no talk on exactly when the season will kick off.

"If we decide to play 27 matches, then we'd have to start at some point in May," the league official said. "A 22-match season would give us more leeway, but we're still looking at different options."

Playing without fans isn't an option, according to the league. Medical and public health experts have told the league that playing behind closed doors will still leave players and referees vulnerable to infection, and it doesn't necessarily reduce the risk of spread.