SEOUL, April 7 (Yonhap) -- Cheong Wa Dae said Tuesday the government remains committed to a decision to provide 70 percent of South Korea's households with up to 1 million won (US$800) in "emergency disaster relief payments" against the fallout of the coronavirus pandemic.

It did not, however, rule out the possibility of flexibility on the scale of the country's unprecedented financial support program, saying it depends on the National Assembly.

Last month, President Moon Jae-in announced the plan to dole out the money to all of the nation's families except for the top 30 percent by income. It would benefit around 14 million households nationwide.

It would cost 9.1 trillion won, and the government is preparing to submit another supplementary budget bill to the parliament for funding.

"The decision was made at the third emergency economic council session in consideration of urgency, impartiality and the available state budget," a Cheong Wa Dae official told reporters.

With the general elections just around the corner, political party leaders have publicly argued that the current scheme is not enough to help those in need amid the drawn-out COVID-19 outbreak. 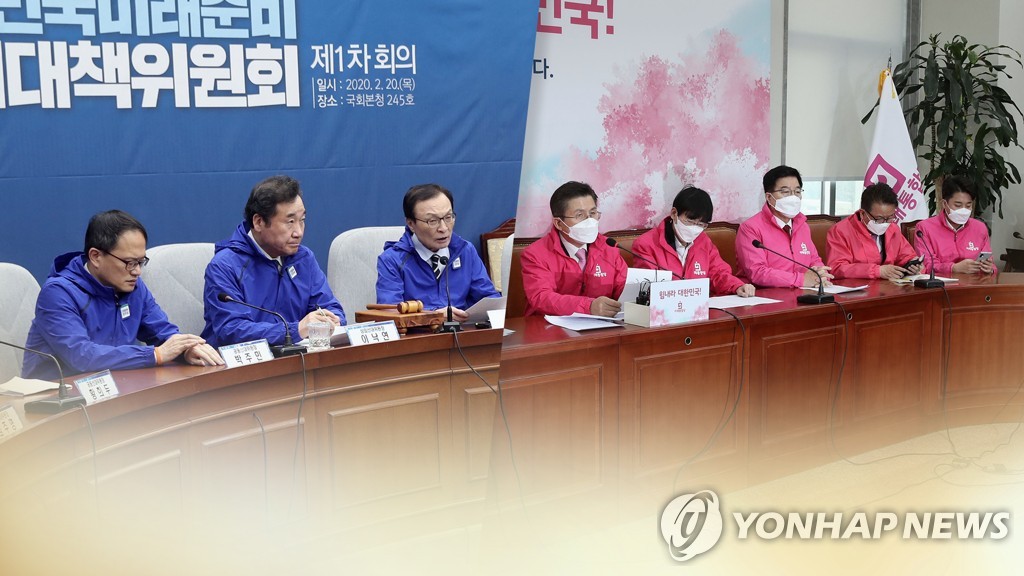 Earlier this week, Hwang Kyo-ahn, head of the main opposition United Future Party (UFP), abruptly called for the payment of half a million won to the entire population totaling 52 million.

It requires 25.9 trillion won of taxpayers' money. Hwang urged the government to "restructure the spending of existing state budgets" for the pay.

His demand marked a turnaround from his conservative party's traditional opposition to the so-called universal welfare policy in favor of a "selective" one. The UFP earlier stuck to the position that it is more urgent to financially support small businesses and the self-employed hard hit by the coronavirus.

Lee Hae-chan, chief of the ruling Democratic Party, responded swiftly with his own alternative offer: paying each of the 20 million households in South Korea as much as 1 million won. The project is estimated to cost 13 trillion won.

Both Hwang and Lee have faced immediate media criticism of taking a reckless populist approach without considering fiscal soundness just ahead of the April 15 elections.

Asked about their election season suggestions, the Cheong Wa Dae official said, "The government will have in-depth discussions with the ruling and opposition parties in the process of reviewing the supplementary budget bill (once it's submitted)."

It is uncertain whether the rival parties will maintain their stances on the politically sensitive matter even after the polls.