Asiana already took loans worth a combined 800 billion won from the two -- the Korea Development Bank (KDB) and the Export-Import Bank of Korea (Exim Bank). 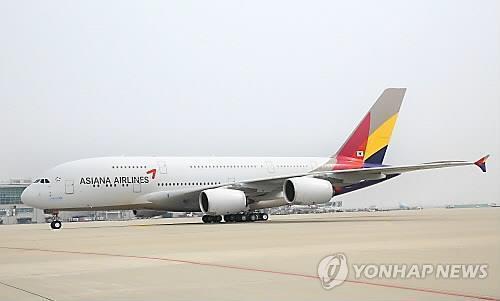 Asiana is widely expected to suffer an earnings shock in the first quarter as it has suspended most flights on international routes as an increasing number of countries close their borders or impose stricter entry restrictions in their fight against COVID-19.

In its self-rescue measures unveiled last month, Asiana said it will have all of its 10,500 employees take unpaid leave for 15 days in April and executives return 60 percent of their wages.