SEOUL, April 7 (Yonhap) -- South Korea's largest food-delivery app Baemin is under fire for changing its commission scheme, a move that critics say would place a heavier burden on restaurants hit hard by the coronavirus pandemic.

Earlier this month, Woowa Brothers Corp., the operator of Baedal Minjok, or Baemin, began to charge restaurant owners and franchisees a 5.8 percent commission for every online order. Previously, the monthly fixed commission was 88,000 won (US$72).

The change has sparked strong backlash not only from restaurant owners and franchisees but also politicians ahead of next week's general elections. 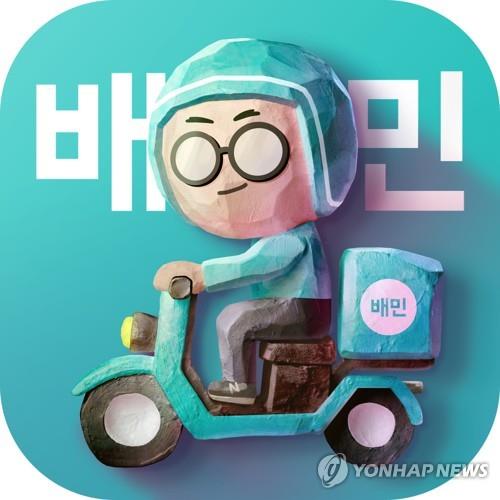 The Federation of Micro Enterprise, a lobby group representing small businesses, has voiced its opposition to Baemin's new commission policy, saying it will deliver a blow to owners of small restaurants struggling with a decline in sales amid the COVID-19 pandemic.

Kim Bong-jin, chief executive and founder of Woowa Brothers, has offered a public apology for changing the commission scheme without taking into account the difficulties faced by restaurant owners amid the spread of COVID-19. He has promised to come up with new measures.

Still, Kim's apology did not ease the mounting public outcry.

On Monday, Gyeonggi Province Gov. Lee Jae-myung urged Baemin to scrap its new commission system. He also vowed to push for a public food-delivery app that he said would benefit all parties concerned -- deliverymen, restaurant owners and app engineers.

The proposed app, if successful, could become a force to be reckoned with in Gyeonggi Province, as the area surrounding Seoul is home to 13 million people, more than one-fifth of South Korea's total population of 51 million.

Lee said it is the responsibility of the central government and provincial authorities to curb monopoly and power abuse that undermine fairness in the market.

A public food-delivery app is not unprecedented in South Korea.

The latest controversy over commission could not have come at a worse time for Baemin.

The Fair Trade Commission said it will look closely into a US$4 billion deal by German food delivery giant Delivery Hero to buy Woowa Brothers.

The German firm, which has South Korea's second-biggest delivery player Yogiyo under its wing, struck a deal to acquire an 87 percent stake in Woowa Borthers from existing investors, such as Goldman Sachs and Singaporean fund GIC. 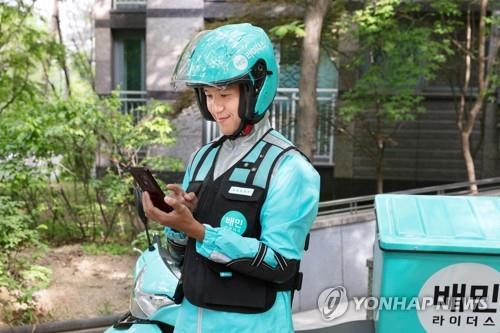 The deal is subject to approval from South Korea's antitrust regulator.

On Tuesday, FTC Commissioner Kim Shin-jae said the commission will investigate the impact of the new commission scheme on franchisees and whether the burden would be passed on to consumers.

"I have no choice but to express grave concerns about the controversy over the change of the commission system," Kim said.

He said the change illustrates that Baemin holds a dominant position at a time when the FTC is looking into whether the company has monopoly status.

Woowa Brothers, founded in 2010 as a food delivery company, has since become the country's top online food delivery firm, with over 10 million monthly active users. Woowa Brothers' Baemin accounted for up to 60 percent of the South Korean market.

The combined users of Yogiyo and Baemin account for some 98 percent of all users of food delivery-related apps in Asia's fourth-largest economy, triggering concerns that the megadeal could hamper competition in the fast-growing market.

In December, Joh Sung-wook, chairperson of the FTC, said the corporate regulator will take a balanced approach to the deal by comparing the negative impact on consumer welfare and innovation.

A poll showed that 8 in 10 people voiced opposition to the deal, citing a possible hike in delivery fees and food prices.

The poll commissioned by Consumers Korea was conducted on 500 adults from Feb. 25 to March 10, and had a margin of error of plus or minus 4.4 percentage points, according to the consumer advocacy group.