SEOUL, April 7 (Yonhap) -- The South Korean government said Tuesday it will strengthen inspections of nightclubs and bars, warning they could become new hotbeds for coronavirus infection.

Nightlife spots on youth streets in Seoul and in major cities have recently been showing signs of revival as the declining number of new cases has eased fears of COVID-19.

"People are lining up at entertainment establishments including clubs that open their doors despite the strict social distancing drive," Prime Minister Chung Sye-kyun said during a meeting of the Central Disaster and Safety Countermeasures Headquarters.

"We are worried about the situation where young people become 'quiet (asymptomatic) spreaders,'" he added.

Beginning this week, the government will conduct intensive on-site inspections on dancing clubs, youth bars and other entertainment businesses from 11 p.m. to 4 a.m. every day, the crisis team said after the meeting.

Authorities have examined 30,380 entertainment businesses across the country over the past two weeks to check whether they are abiding by a set of government-imposed rules to prevent the spread of the virus, according to the headquarters. 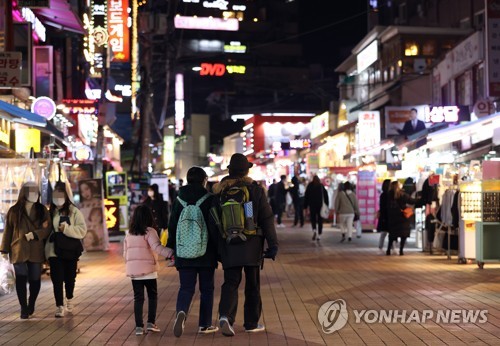 Of them, 7,358 were found to have violated the rules, including measuring visitors' body temperatures and having people maintain safe distance.

The authorities issued administrative orders for 43 of them. Those who do not comply with such orders could be fined up to 3 million won (US$2,453) and also face indemnity claims from the government should infections occur there.

For the remaining 7,315 facilities, the government issued administrative guidance, which calls for voluntary cooperation, the headquarters said.
(END)

S. Korea to enhance inspections of clubs, bars to prevent spread of coronavirus

S. Korea to enhance inspections of clubs, bars to prevent spread of coronavirus