SEOUL, April 9 (Yonhap) -- The Bank of Korea (BOK) on Thursday kept its base rate frozen as widely expected following its surprise rate reduction last month that sought to minimize the fallout from the new coronavirus outbreak.

The BOK decision to keep the rate steady came less than four weeks after the South Korean central bank delivered an emergency rate cut on March 16, slashing the policy rate by a whopping half a percentage point to a new record low of 0.75 percent.

Since its first case of the novel coronavirus here, the respiratory disease had infected some 10,300 people in the country as of Wednesday, with its death toll from COVID-19 topping 200. 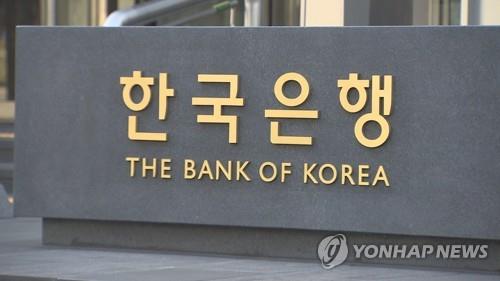 Kong was one of 15 analysts who expected to see a rate freeze this week in a poll conducted by Yonhap Infomax, in which only three others anticipated a rate cut.

Steps taken by the BOK against the coronavirus outbreak so far include the "unlimited" purchase of local bonds in repo operations to boost market liquidity.

It has also delivered more than US$14 billion in U.S. dollars to local banks under its bilateral currency swap arrangement with the U.S. Fed that is designed to help stabilize the local foreign exchange market.