SEOUL, April 7 (Yonhap) -- Buoyed by the recent decline in new coronavirus cases nationwide, the South Korean baseball league said Tuesday it has moved closer to an early May opening of the new season.

Following an executive committee meeting with club general managers, the Korea Baseball Organization (KBO) said the 2020 regular season could begin early next month, as it has long hoped, if the country keeps showing signs of having contained the virus.

South Korea reported 47 new cases for the second straight day on Tuesday, after the figure was around 100 for over three weeks. 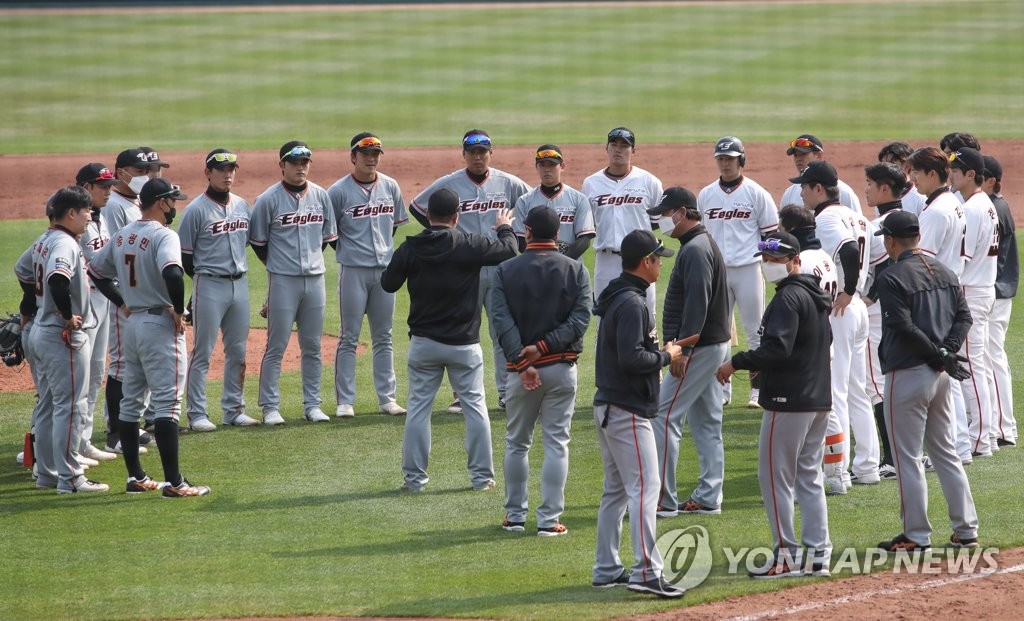 The KBO season was scheduled to start on March 28 but has been delayed indefinitely. The league had earlier eyed late April or early May for the start of the regular season, with the goal of playing exhibition games starting on April 21.

Currently, teams are only allowed to play intrasquad games at their home parks.

"If the situation continues to improve from here and on, teams will start facing each other in preseason games beginning on April 21, and we should be able to get the regular season started in early May," KBO secretary general Ryu Dae-hwan said. "Obviously, these scenarios will be feasible only if we have dramatically fewer confirmed cases in the coming days."

Ryu added that the KBO or health experts it has worked with haven't set a specific number of cases that would give baseball a green light. The league isn't operating under the assumption that seeing fewer than, say, 30 cases for any number of days will mean games can be played.

"Aside from that number, there are a lot of factors we have to consider," Ryu said. "Government guidelines are important, too." 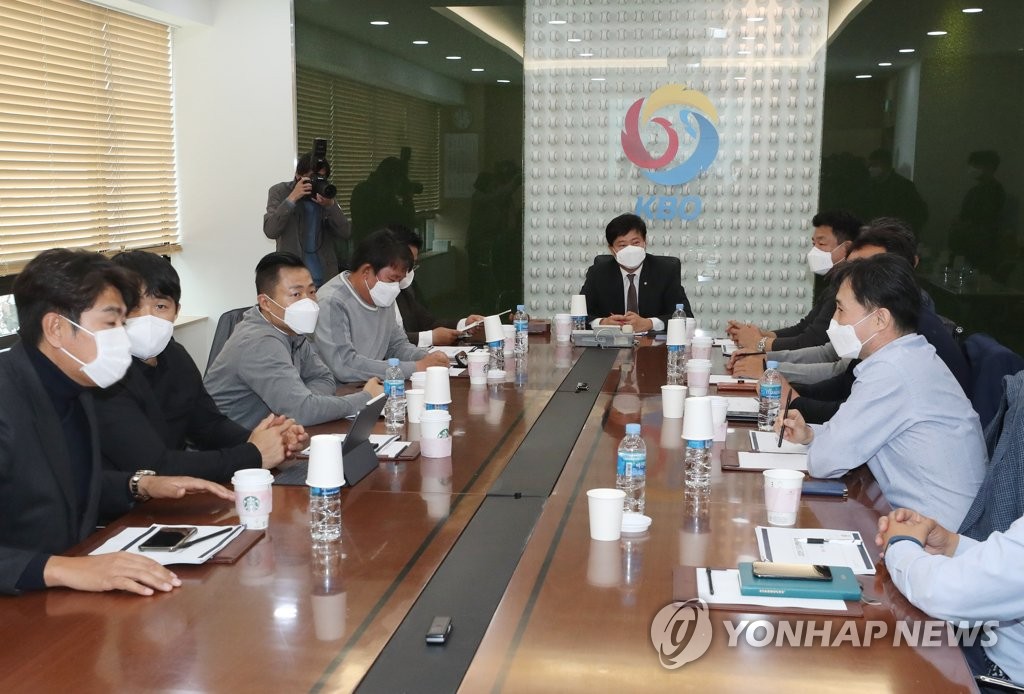 Even with the number of cases falling below the half-century mark, health authorities have warned against complacency. The government has extended its social distancing drive by two weeks to April 19, which, as it stands, would be the final weekend before the start of KBO's preseason.

The executive committee doesn't have the final say in scheduling matters. The league's board of governors, made up of club presidents, will meet next Tuesday to try to settle on the new Opening Day.

But if the social distancing campaign is extended, or if there's another surge in cases, then the KBO will have to delay everything again, Ryu said.

If the preseason starts on April 21 as scheduled, it will end three days before the start of the regular season, whenever it may be.