SEOUL, April 7 (Yonhap) -- With each passing day, the South Korean baseball league is growing hopeful that it can still play a full, 144-game season, despite the wrench thrown by the coronavirus outbreak earlier in the year.

The 2020 regular season for the Korea Baseball Organization (KBO) would have begun on March 28 under normal circumstances. But the COVID-19 pandemic forced the KBO, much as all other South Korean sports organizations, to put its season on hold. 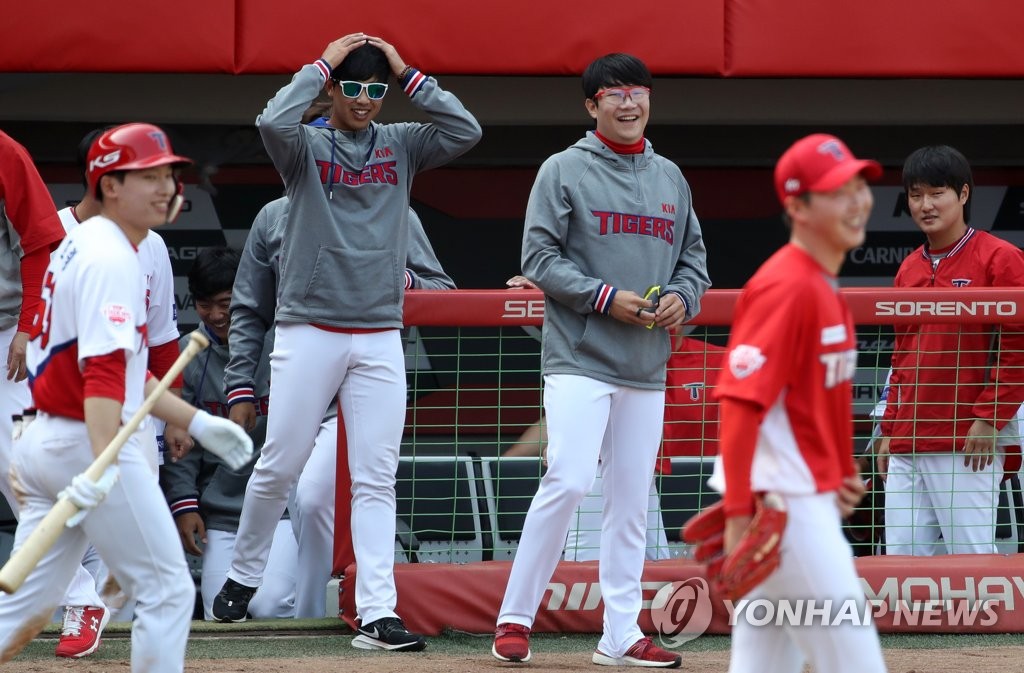 Even as volleyball and basketball seasons were being canceled, and the football league wasn't even discussing a new kickoff date, the KBO, almost defiantly, kept its sights set on a late April or an early May start. As long as the season begins in the first week of May, league officials said, there will be enough of a window to salvage a 144-game season.

What once seemed like a highly unlikely scenario has become an almost feasible proposition this week, as the number of new virus cases stayed below 50 for two consecutive days.

That has fed optimism around the league.

"The recent downward trend has obviously impacted our discussions," said KBO's secretary general Ryu Dae-hwan, following an executive committee meeting with club general managers. "As long as we can start the season in early May, we'll be able to finish everything by the end of November."

The latest conclusion to a KBO season came in 2018, when the SK Wyverns knocked off the Doosan Bears in Game 6 of the best-of-seven Korean Series on Nov. 12. That season included an 18-day, midseason break to accommodate the Asian Games in Indonesia, with the national team being represented by KBO stars.

This year's original schedule also included an 18-day layoff for the Tokyo Olympics from July to August. But the Olympic Games have since been postponed to next year, giving the KBO some leeway. The KBO has already canceled All-Star festivities, and Ryu reiterated on Tuesday that an early May start will necessitate double headers and games on Mondays, normally a designated off day in the KBO. 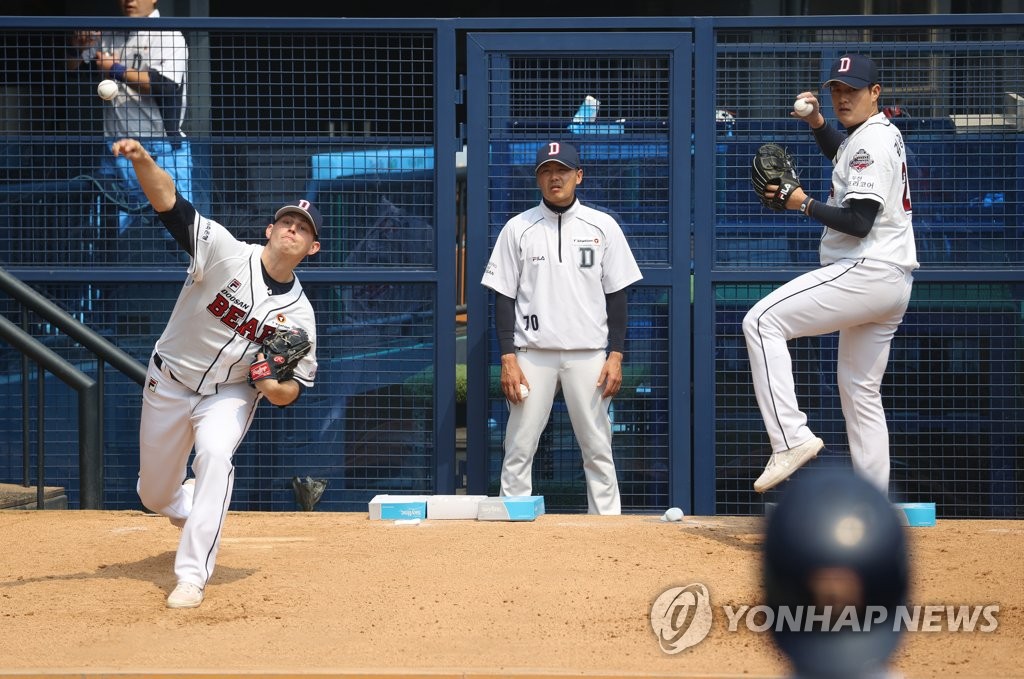 The recent drop in COVID-19 cases also keeps the KBO on course to begin the preseason on April 21. To prevent the spread of the virus, teams are only allowed to play intrasquad games at their own stadiums, with no traveling allowed. But if the preseason begins on time, the league's 10 clubs will be able to play one another, albeit with limited traveling. The league will schedule games so that only teams that are close to each other will be playing and visiting teams will be able to return to their home cities the same day.

Trying not to sound too giddy in this public health crisis, Ryu said the KBO's plan will only hinge upon how well the virus is contained in the coming days.

"We're seeing fewer than 50 cases, but we feel that the number will have to be far lower than that," Ryu said. "There are a lot of factors we have to consider. Government guidelines are important, too."

Even if the KBO gets its wishes and begins the regular season in early May, at least some of the early contests will be played behind closed doors, Ryu said.

One possibility is for the teams to start playing without fans and then to gradually increase the number of spectators. For instance, a team whose home stadium sits 20,000 could first sell only 10 percent of the seats and make sure those 2,000 fans are spread apart across the ballpark. And then the team could increase that number to 20 or 30 percent of the seats, depending on how well the virus is contained by then. 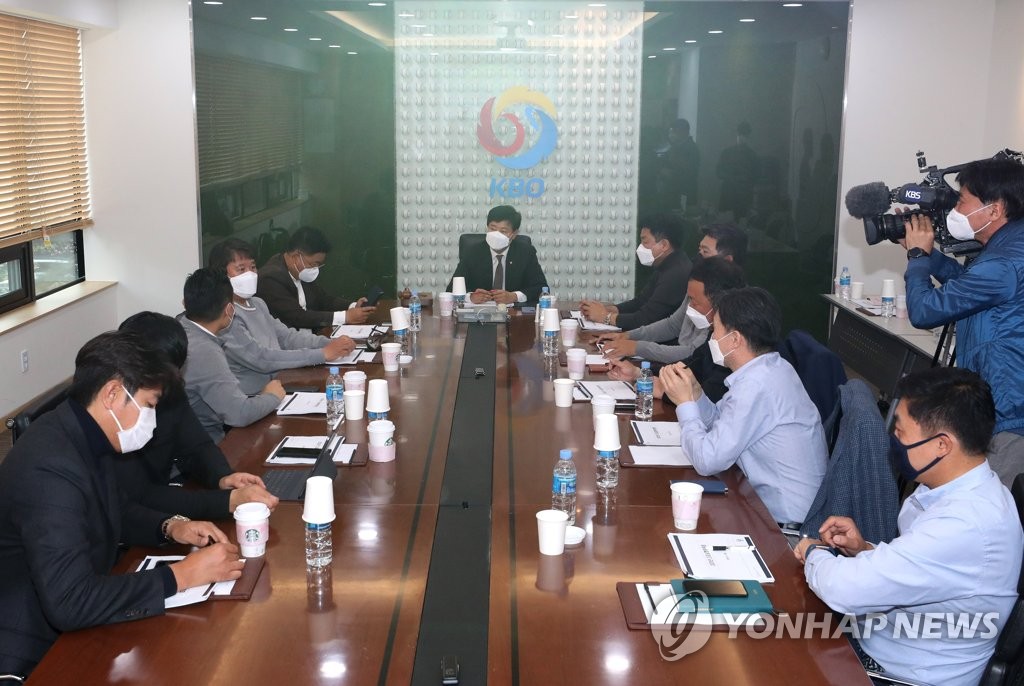 And to ensure the safety of players and others involved in crowdless games, the KBO came up with its own set of guidelines.

Players and coaches will be "strongly recommended" to wear masks in all areas of the stadium, except for the dugouts and the field. Umpires and official scorers will be required to wear masks at all times during games, and their travel from one stadium to another will be kept to a minimum.