Speaking on the phone with Moon, Morrison said his country hopes to import test kits and other medical devices from South Korea, according to Cheong Wa Dae spokesman Kang Min-seok.

Moon replied that his government would "actively consider" every possible support through diplomatic channel consultations.

The president reaffirmed Seoul's willingness to share its quarantine experience amid a view that it's doing better than most countries in responding to the COVID-19 pandemic.

Moon also raised the need for the two countries to continue "essential cooperation and exchanges" as major trade partners despite the pandemic. This year, they mark the 60th anniversary of the establishment of diplomatic ties. 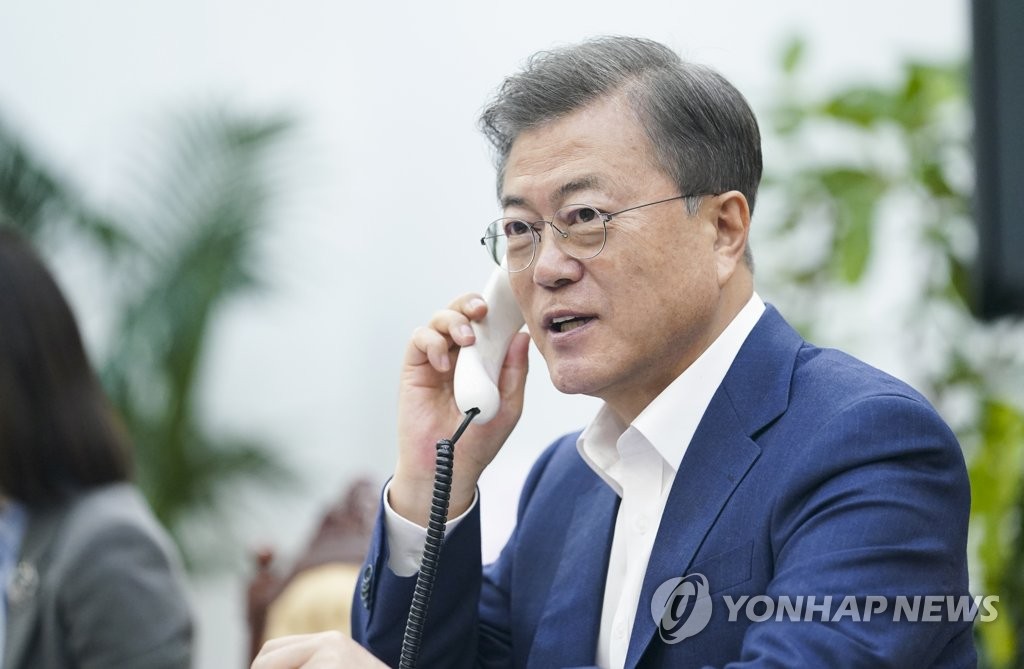 He asked for the prime minister's "interest and support" so that businesspeople can be allowed to make visits under certain conditions.

The prime minister agreed in principle with Moon's offer and proposed holding a one-on-one video summit within this year, Kang said.

If held, it would serve as a chance for discussions on ways to overcome the coronavirus crisis, cooperate with vulnerable countries and develop bilateral trade partnerships in a stable manner, Morrison was quoted as adding.

He also thanked the Australian government for helping South Koreans return home on chartered flights. So far, more than 1,000 South Korean residents in Australian have returned here and additional flights are being planned. A dozen members of Korea International Cooperation Agency (KOICA), a government arm for official development assistance, flew back to South Korea via Australia from the Solomon Islands.

Morrison said his government will continue such support for South Koreans if necessary. Their 25-minute phone talks were made at the prime minister's request.