SEOUL, April 7 (Yonhap) -- Polish President Andrzej Duda pledged support Tuesday for South Korean businesspeople seeking to enter his nation in spite of border control measures to prevent the spread of the coronavirus, citing the importance of economic cooperation between the two sides.

In phone talks, which lasted 25 minutes, President Moon Jae-in requested Duda's continued interest and support so that South Korean company officials can enter Poland in April, if possible, for activities needed to push smoothly for the construction of factories. 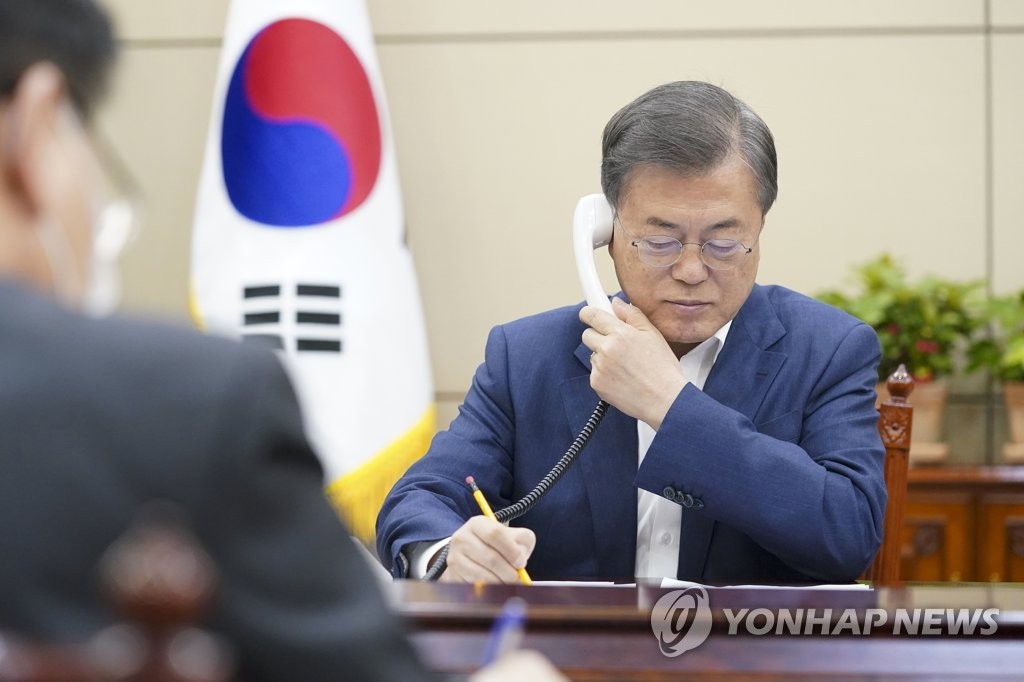 The Polish leader said he views the matter as "very important" and added he would handle it in discussions with related ministers, according to Cheong Wa Dae spokesman Kang Min-seok.

He held out expectations for brisker economic partnerships between the two nations once the COVID-19 pandemic is brought under control.

The president also described South Korea as the world's best performer in dealing with the virus on the basis of aggressive testing.

Moon replied that his government would actively consider providing the necessary products through diplomatic consultations.

Duda invited Moon to visit the eastern European nation later on and Moon thanked him for the offer.