SEOUL, April 8 (Yonhap) -- North Korea has completed initial evacuation work for the construction of a general hospital in Pyongyang, only about 20 days after ground was broken for the project, state media reported Wednesday.

North Korean leader Kim Jong-un has shown much interest in the Pyongyang General Hospital project, attending its groundbreaking ceremony on March 17 and ordering construction be completed by Oct. 10, the 75th founding anniversary of the ruling Workers' Party.

"We have made achievements in completing large-scale basic evacuation work about 20 days after ground broke for the construction of Pyongyang General Hospital," the Korean Central News Agency said.

Builders have completed the work on hundreds of thousands of square meters of area ahead of schedule, the KCNA added.

The North Korean media has also reported on the outpouring of donations from people across the country wishing to see the completion of the hospital project by the target date.

North Korea claims that it has no coronavirus infections, but speculation persists that the reclusive state might be hushing up an outbreak. It has closed its borders and toughened quarantine criteria. 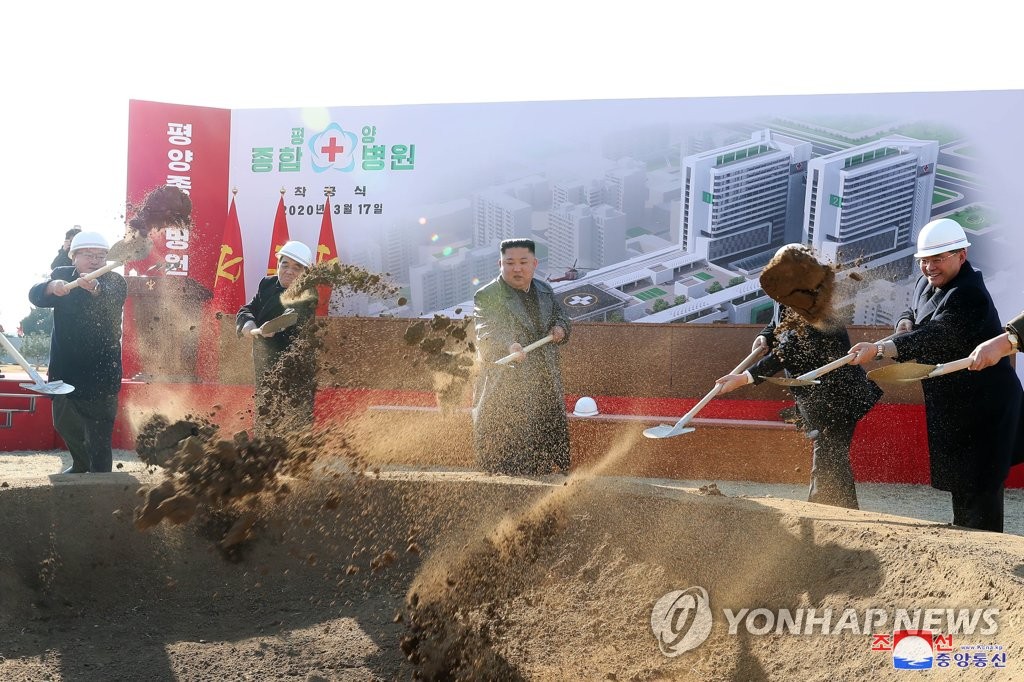