SEOUL, April 8 (Yonhap) -- South Korea's exports of gold surged to over a seven-year high in February as demand for safer assets increased amid a market rout triggered by the new coronavirus, the Bank of Korea (BOK) said Wednesday.

Outbound shipments of gold for non-monetary use came to some US$290 million in the month, the highest since $327 million posted in September 2012, according to the BOK.

In terms of volume, outbound shipments of gold amounted to 5.8 tons in February, sharply up from 3.5 tons shipped the same month last year. More than half or 3.4 tons were shipped to Hong Kong.

The sharp increase in shipments was largely attributed to a recent spike in prices amid increased market volatility, which prompted investors to flock to safer assets, such as gold.

In February, incoming shipments of gold came to $66.1 million, sharply up from $36.8 million a year earlier but slightly down from $66.4 million the previous month, according to the BOK.

A BOK official noted the country's demand for gold for industrial use has been on a steady decline, increasingly because of the semiconductor sector replacing its use of the precious metal with others. 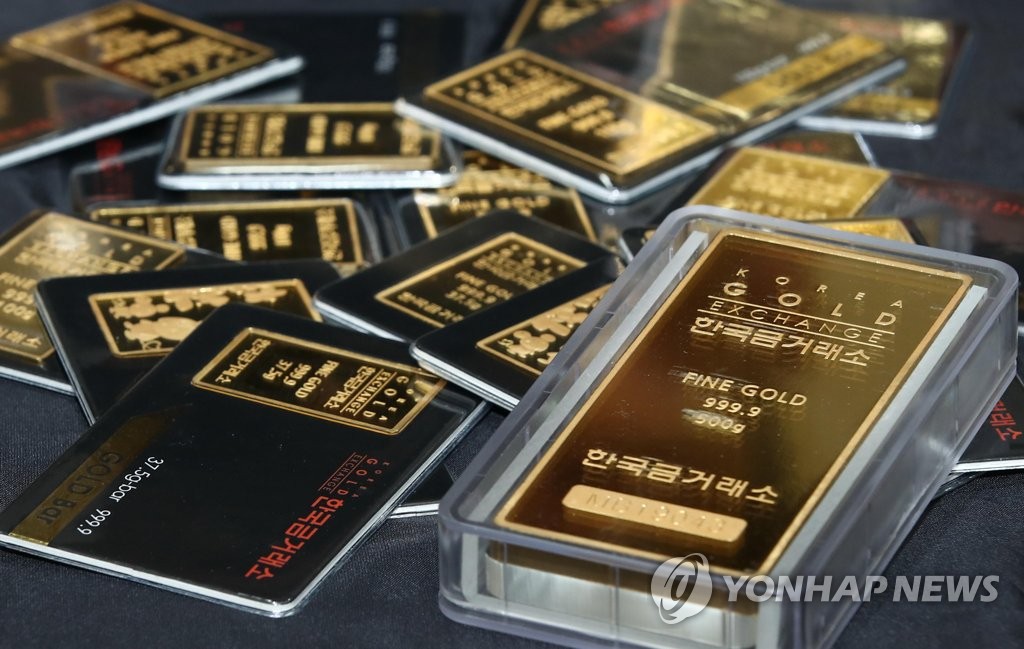