SEOUL, April 8 (Yonhap) -- Nearly 15 trillion won (US$12.4 billion) worth of bonds issued by major South Korea companies mature during the second quarter of the year amid a coronavirus-caused credit crunch, a corporate tracker said Wednesday.

The outbreak of the novel coronavirus has wreaked havoc on South Korean corporate activity, making a big dent in their revenue and sparking a severe cash crunch.

According to CEO Score, around 14.8 trillion won worth of bonds floated by 234 out of South Korea's top 500 corporations become due during the April-June period.

The figure is part of their bonds outstanding as of end-2019, which amounts to 300.7 trillion won. 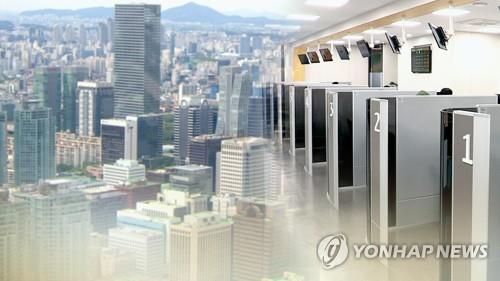 Those companies are required to pay back 37.5 trillion won worth of the total bonds within this year. About 12.3 trillion won will expire in the third quarter with the remainder reaching maturity during the last quarter.

Of the bonds maturing in the second quarter, state corporations have to repay the largest amount of 3.5 trillion won, followed by petrochemical makers with 1.29 trillion won, and shipbuilding and machinery firms with 1.26 trillion won.

Of the 500 leading companies, No. 1 auto parts maker Hyundai Mobis Co. and 128 others have no bonds that have to be repaid within this year.
(END)