SEOUL, April 8 (Yonhap) -- South Korea's household debt increased by the largest in history last month, with its corporate debt also growing at a new record rate, central bank data showed Wednesday, amid the growing fallout from the spread of the new coronavirus.

Fresh bank loans extended to local households came to 9.6 trillion won (US$7.88 billion) in March, according to the data from the Bank of Korea.

The amount marks the highest-ever monthly increase since the BOK began compiling such data in 2004. It also marks a slight acceleration from a 9.3 trillion-won spike the month before. 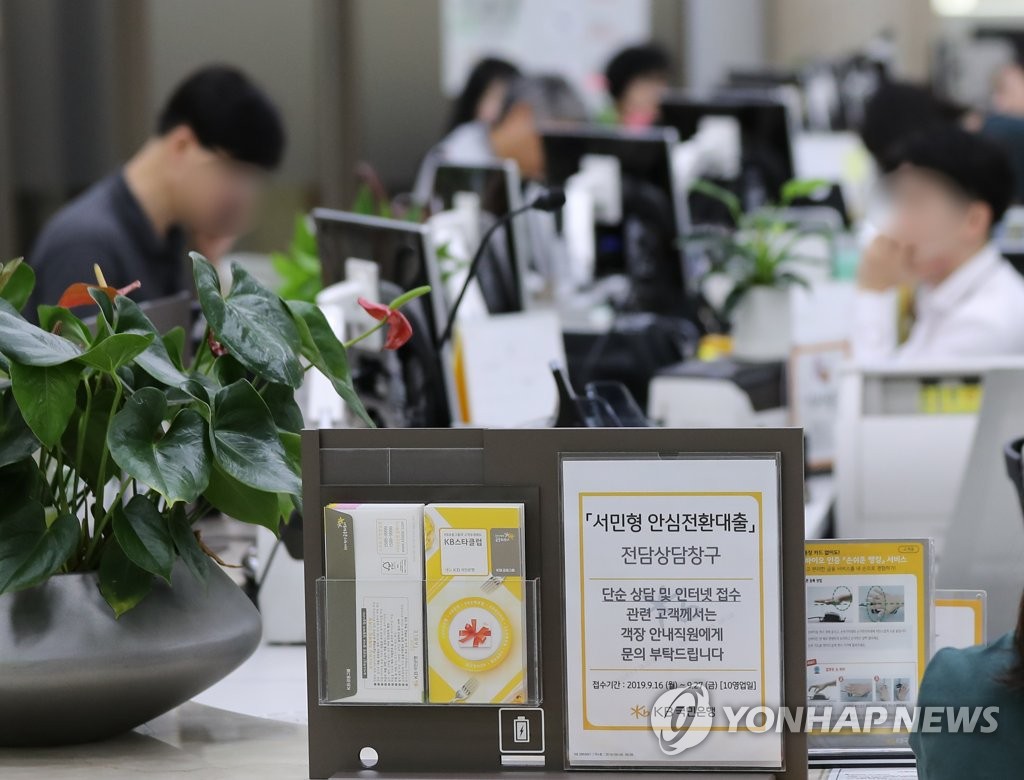 The sharp increases in February and March followed the outbreak of COVID-19 here on Jan. 20. The respiratory disease has since infected 10,331 people here, prompting a health scare that has dealt a hard blow to the local economy.

Fresh corporate loans came to 18.7 trillion won, the highest monthly gain since the BOK began compiling such data in June 2009.

Loans extended to large companies spiked 10.7 trillion won from a month earlier in March, marking a turnaround from a 200 billion-won drop the previous month, according to the BOK.

"Loans extended to large firms increased by a large margin due to an increase in demand for funds and need to secure liquidity," it said.

In March, debt sales by local companies dropped by a net 500 billion won, compared with a 3.3 trillion-won net gain the month before, the BOK noted.

Bank deposits continued to grow at a fast clip, adding 33.1 trillion won in March following a 35.9 trillion-won surge in February.

Money received by asset management firms, on the other hand, dropped by 30.3 trillion won, marking a turnaround from a 16.7 trillion-won increase in February.