SEOUL, April 8 (Yonhap) -- South Korean airlines, one of the hardest-hit industries by the outbreak of the new coronavirus, are taking unprecedented measures, such as unpaid leave, job cuts and asset sales, to overcome the COVID-19-triggered crisis, industry sources said Wednesday.

Korean Air Lines Co., the country's biggest airline, said Tuesday it will have 7 out of 10 workers take paid leave for six months beginning April 16 as part of the company's self-help efforts.

In other self-rescue plans announced last month, Korean Air said executives' salaries will be reduced by up to 50 percent beginning in April and the wage cut will continue until the business is back on track.

Korean Air has suspended most of its flights on international routes as an increasing number of countries close their borders or take further measures against incoming passengers. It reduced flights by 18 percent during the 1998 Asian financial crisis.

"This clearly shows how serious the coronavirus-caused impact on the airline industry is. A prolonged virus outbreak would threaten the survival of the company," Korean Air President Woo Kee-hong said in a message to employees last month. 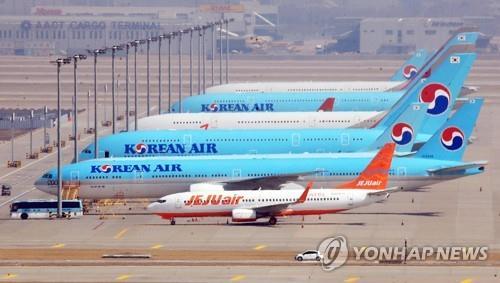 Other airlines are also desperate to survive this unprecedented crisis caused by a deadly respiratory illness.

Asiana Airlines Inc., the country's second-biggest airline after Korean Air, on Tuesday increased the limit on its credit line with two state lenders by 300 billion won (US$245 million) to 1.1 trillion won to pay maturing debts and secure operating capital.

In its self-help plans released last month, Asiana said it will have all of its 10,500 employees take unpaid leave for 15 days in April and executives return 60 percent of their wages.

Asiana entered an emergency management system in February, and in March, CEO Han Chang-soo did not receive a penny and other executives returned 50 percent of their wages.

Among the country's seven low-cost carriers, Eastar Jet Co. on Monday came up with a plan to cut 20 percent of its 1,680 workers and to return 10 out of 23 B737-800 aircraft to leasing companies.

The move comes after the state-run Korea Development Bank (KDB) rejected Eastar Jet's request for a fresh loan due to a lack of collateral and the carrier's low credit ratings.

As Eastar Jet's planes will be grounded from March 24 through April 25, it may end up in bankruptcy if Jeju Air Co.'s planned acquisition of the financially troubled budget carrier takes time to obtain government approval and Jeju Air fails to inject cash into Eastar Jet at the right time.

Last month, the country's leading budget carrier Jeju Air signed a deal to acquire a 51.17 percent stake in Eastar Jet from Eastar Holdings for 54.5 billion won in its expansion strategy.

South Korea's anti-trust regulator has yet to approve the integration of the two budget carriers. 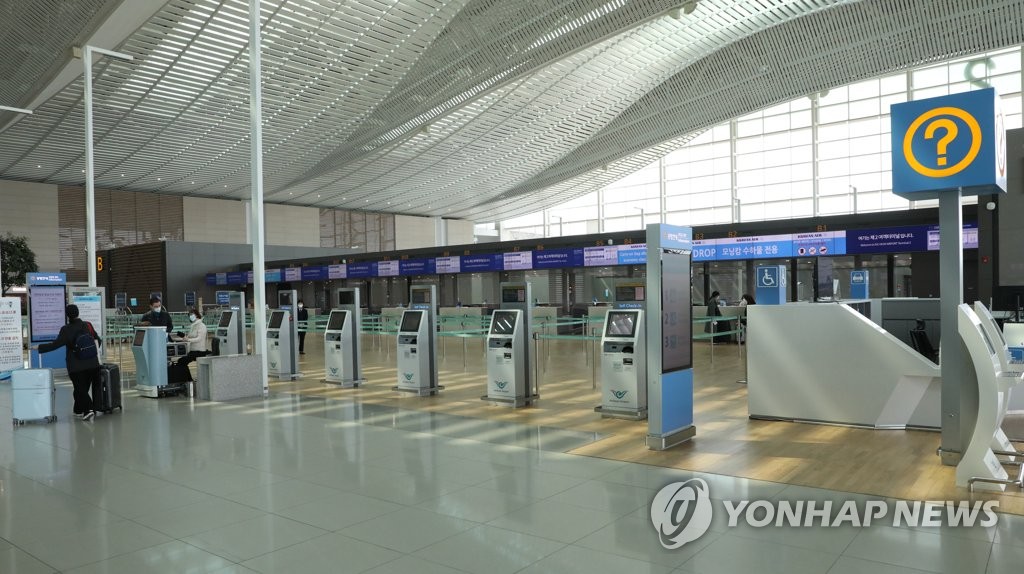 Things are not different for five other budget carriers -- Jin Air Co., Air Busan Co., Air Seoul Inc. T'way Air Co. and Fly Gangwon. They have also suspended most of their flights.

The airlines are expected to report poor earnings results for the January-March period. They will suffer an earnings shock for the first half of 2020 if the virus prolongs.

Air Seoul has posted net losses since its establishment in 2015, and Air Busan shifted to a net loss last year after posting a net profit from 2010-2018. The two firms are budget carrier units of Asiana.

Last month, the government announced it will inject 300 billion won into low-cost carriers.

IATA estimated the Korean air transport industry's contribution to the economy reaches US$47.6 billion, supporting 838,000 jobs and accounting for 3.4 percent of the gross domestic product in Asia's fourth-biggest economy.