SEOUL, April 8 (Yonhap) -- As the South Korean film industry has been battered by the coronavirus pandemic for months, top actors' upcoming projects have been affected by delayed productions and release schedules.

More than 50 domestic and foreign films have put off or canceled their premieres slated for the first half of this year since the number of COVID-19 cases started to rise sharply in mid-February.

The number of daily moviegoers plunged to a record low of 15,000 this week, compared with some 320,000 admissions on weekdays in January and 200,000 in February.

South Korean filmmakers and studios have postponed their shooting plans, including overseas schedules, due to fears over the novel coronavirus and worldwide travel bans.

As a result, cast members have had to rearrange their schedules for upcoming movies and dramas.

Lee Byung-hun, one of the most acclaimed actors in the South Korean entertainment scene, has a tight schedule this year, as he is poised to star in a film and a TV drama.

He was cast for a lead role in the disaster action move "Emergency Declaration," along with Song Kang-ho and Jeon Do-yeon. Directed by Han Jae-rim, the all-star cast film is in pre-production, but its shooting has been delayed for about a month.

It will likely affect his upcoming TV drama "Here," written by star screenwriter Noh Hee-kyung, slated for later this year. The drama, set to air on cable channel JTBC, marks Lee's return to the small screen since "Mr. Sunshine" (2018). 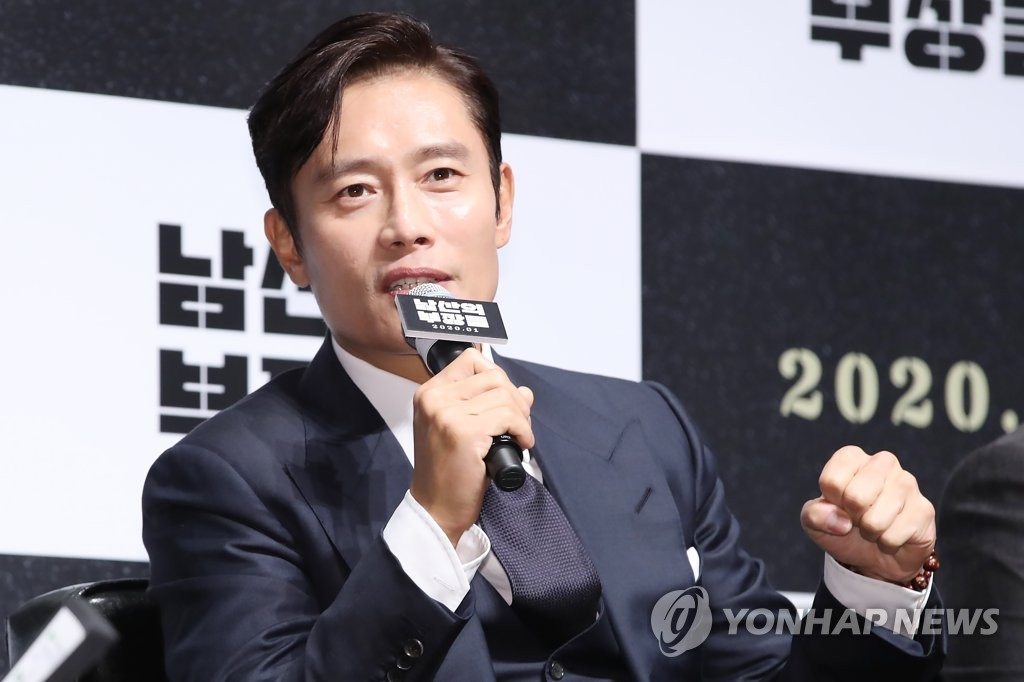 Hwang Jung-min, one of the highest-grossing actors in South Korea with many box office hits, including "Ode to My Father" (2014), was to appear in the film "Negotiations" with Hyun Bin and the movie "Kidnapping" with Ha Jung-woo before continuing with dramas, including "Suriname" and "Hush" in the latter half of the year.

But the producers of "Negotiations" decided to put off the film's overseas schedule in Jordan and to go on shooting in South Korea instead. The filming of "Kidnapping" has also been put on hold indefinitely.

Unless the production of these films finishes as scheduled within the first half of the year, Hwang's drama appearances may be affected.

Actor Song Joong-ki is also in a quandary over his next project.

He returned to South Korea from Columbia in late March after wrapping up the filming of the movie "Bogota" earlier than scheduled due to the spread of the coronavirus in the South American region.

The delayed schedule of "Bogota" will likely have an impact on Song's decision on whether to take on the biographical movie "The Season of Us."