SEOUL, April 8 (Yonhap) -- Some candidates running in the April 15 parliamentary elections have been running eye-catching campaigns without having close contact with voters, in a bid to maintain social distancing and boost morale amid the coronavirus pandemic.

The COVID-19 outbreak has changed conventional methods of campaigning due to concerns that reaching out to voters could increase the risk of infection.

Instead of shaking hands with voters, politicians are using fist bumps at election rallies. But quarantine authorities advised against such gestures Tuesday, calling on candidates to exchange nods with voters for their safety.

Against this backdrop, some candidates have mobilized eye-catching campaigns, such as with the use of digital technology, a Korean A-frame carrier and an online challenge to eat lemons. 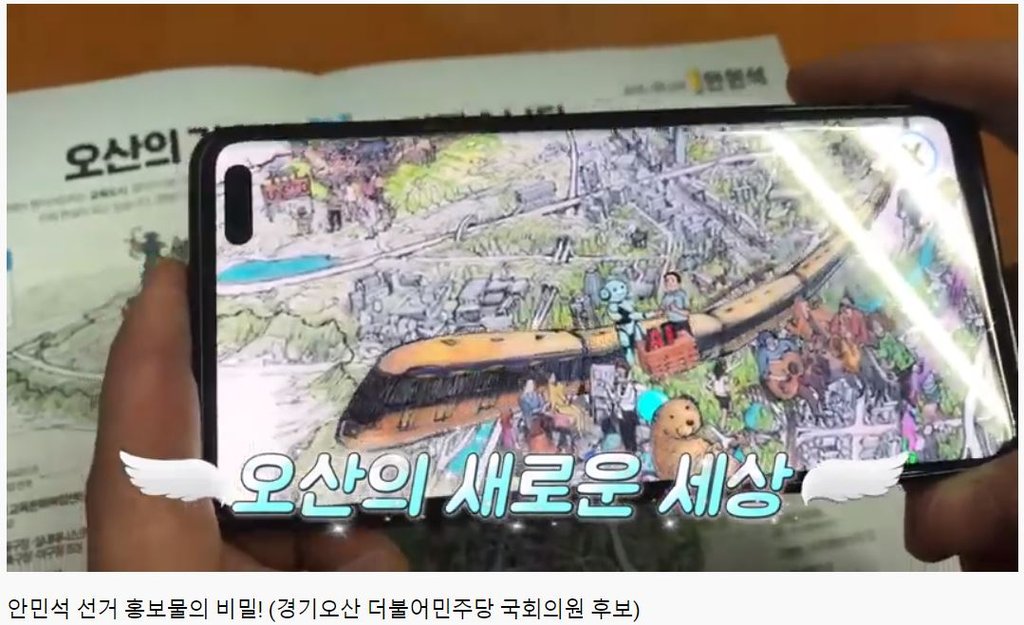 Rep. An Min-suk of the ruling Democratic Party (DP) who is running in Osan, south of Seoul, tapped into augmented reality (AR) technology for his promotional leaflets.

With the mobile application An Min-suk Osan AR, voters can use their phone cameras to digitally highlight election pledges by the four-term lawmaker on the promotional booklets.

The AR technology allows the 3D animated character Oreun Sori Family to appear on photos and videos taken by users, who can then share these with others.

To attract voters' attention, Kim Yong-jin, former vice finance minister and a DP candidate, chose to use white "hanbok," Korean traditional attire, and an A-frame carrier, which was used to carry things on one's back here in the late 19th and early 20th century.

"Based on the experience of handling 500 trillion won (US$409 billion) in government budget, I am communicating with Icheon citizens with the meaning of filling their storeroom," Kim, who is running in the city, 52 kilometers southeast of Seoul, wrote on Facebook. 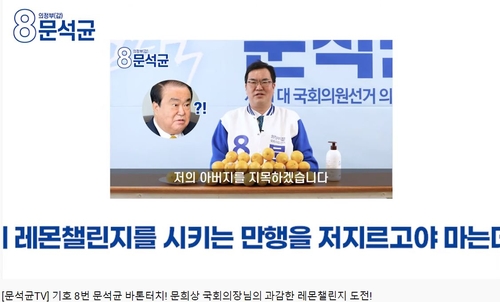 Moon Seok-gyun, an independent candidate running in Uijeongbu, north of Seoul, participated in a lemon-eating challenge and nominated his father, National Assembly Speaker Moon Hee-sang, as the next challenger.

Moon has stirred public uproar over his attempt to run in the elections by "inheriting" the district where his father was elected. He initially said he would not run in the polls but later defected from the DP to run as an independent candidate.

"I nominated as the next challenger my father, who did not help me do politics but rather stood in my way due to a row over the 'father chance,'" Moon said on his YouTube channel.

Meanwhile, several candidates have rolled out nationwide campaigns covering large areas either on foot or on bicycles.

Former presidential candidate Ahn Cheol-soo of the minor People's Party embarked on a 400-kilometer running campaign on April 1 to appeal to voters. He began in the southwestern city of Yeosu and run 30 km per day, heading to Seoul and the adjacent metropolitan areas.

He recently finished two weeks of self-isolation after doing medical volunteer work for 15 days in the hardest-hit southeastern city of Daegu in March. Ahn has a doctor's medical license.

Under the slogan of delivering hope, they will return to the National Assembly in Seoul after traveling to South Gyeongsang Province, North Jeolla Province, Gangwon Province and Gyeonggi Province. 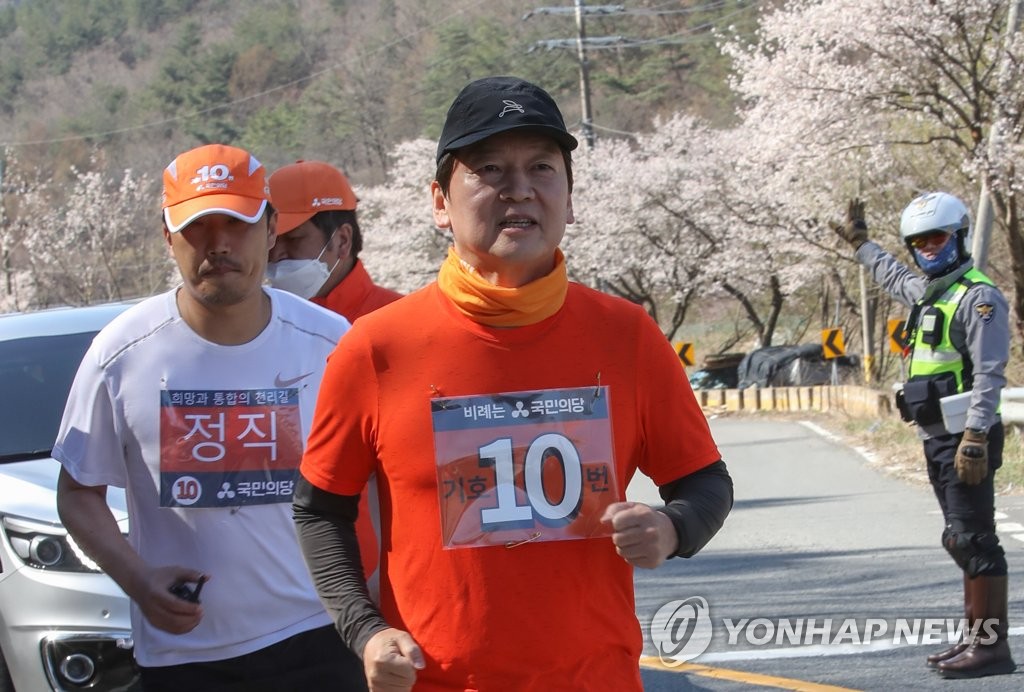