The conversation between Lee Do-hoon and his Japanese counterpart, Shigeki Takizaki, came amid concerns that the global fight against the new coronavirus could overshadow the efforts to denuclearize North Korea and lay the groundwork for lasting peace on the peninsula.

"The two sides agreed to continue close communication and cooperation between South Korea and Japan, and among South Korea, the United States and Japan, over the North Korean nuclear and other issues, in the midst of active efforts to stem the spread of COVID-19 that has been spreading across the world," the ministry said in a press release.

Observers said that Lee and Takizaki might have exchanged views on Pyongyang's plan to convene a session of the Supreme People's Assembly, the country's rubber-stamp parliament, on Friday, and a recent series of its rocket launches.

Last Thursday, Lee also held a phone meeting with Stephen Biegun, the U.S. special representative for North Korea and deputy secretary of state, in a show of their continued coordination on peace efforts. 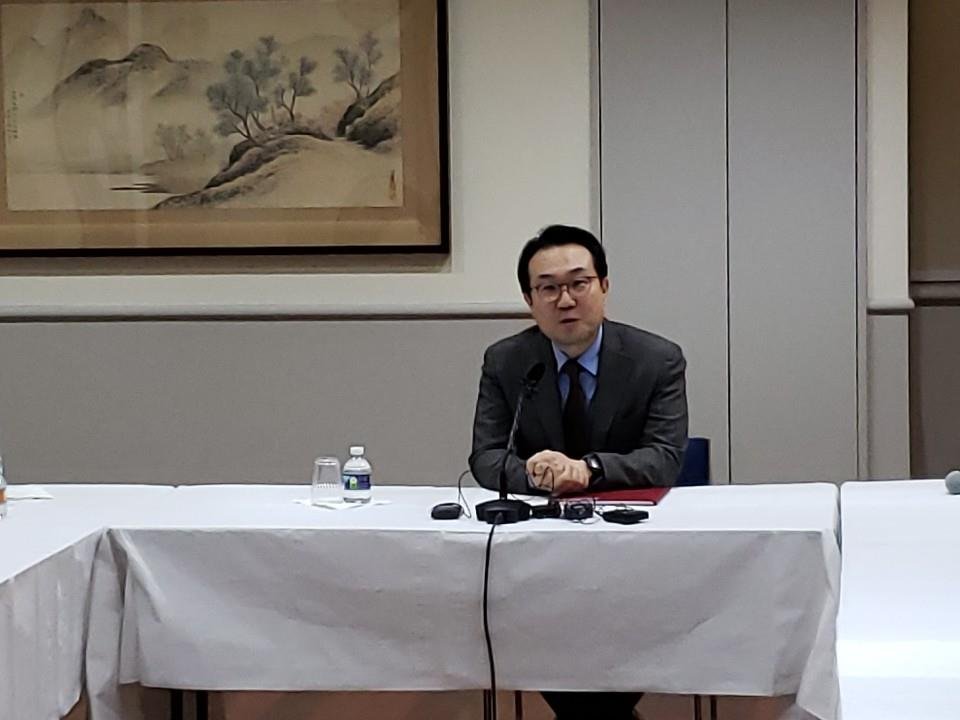