SEOUL, April 8 (Yonhap) -- It's a familiar sight for fans of Major League Baseball (MLB): managers in each dugout putting on headsets to be interviewed in the middle of games, even during the cauldron of postseason action.

And starting in 2020, skippers in the Korea Baseball Organization (KBO) will be doing the same.

A league official told Yonhap News Agency on Wednesday that the 10 KBO teams have agreed to allow broadcasters to interview managers during games. The deal was reached during Tuesday's executive committee meeting, involving clubs' general managers and league officials. The official spoke on the condition of anonymity because teams had not yet informed their managers of the new development. 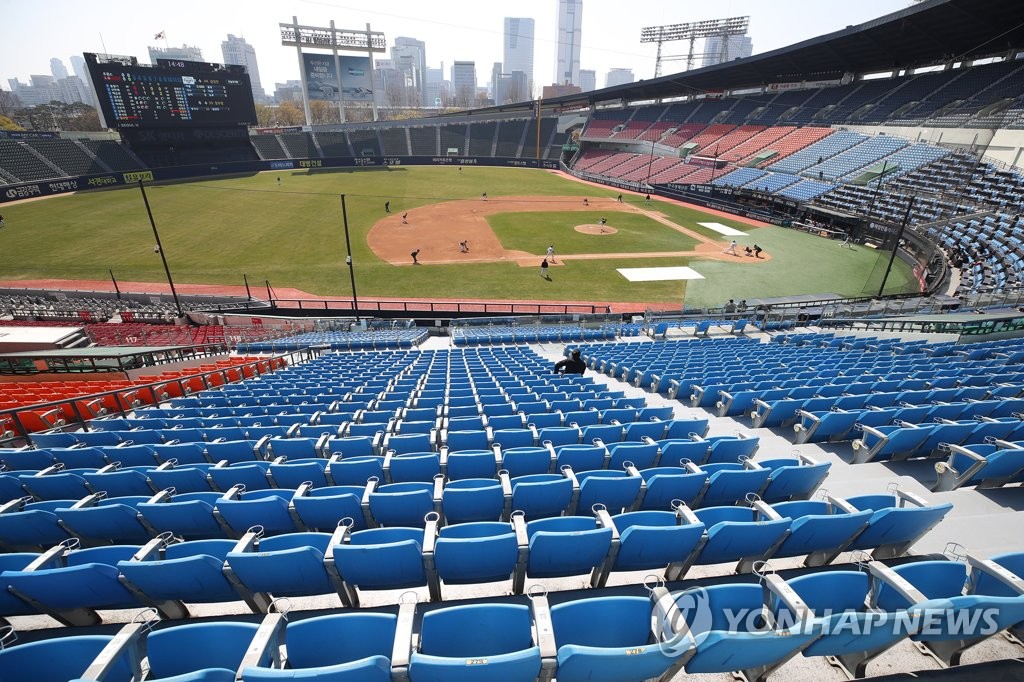 "Our rights-holding broadcasters (KBS, MBC and SBS) were trying to come up with some fresh ideas, and fans have long wanted to listen to live in-game interviews," the KBO official said. "We expect this to quench fans' thirst."

KBO teams typically play a pair of three-game sets each week. And the official said in-game interviews will be conducted twice during a three-game series -- once each for the home manager and the visiting manager -- before the top of the fourth inning.

Officials discussed the possibility of interviewing skippers after the bottom of the fifth, when there should be an extra few minutes for a chat while the grounds crew cleans up the infield and redraws batter's boxes. But they ultimately concluded it'd be too deep into the game, when the score will either be too tight for comfort or the outcome may already be decided, which would make managers -- some of them not exactly media-friendly to begin with -- reluctant to speak live.

The league will have a test run during the preseason, which is tentatively scheduled to begin on April 21. The regular season, which would have begun on March 28 if not for the coronavirus outbreak, is slated to start sometime in early May.

Early season games will be played behind closed doors, but they will still be televised and will be streamed online for free on portal sites. Interviews with managers could bring fans a bit closer to action on the field.

The league and teams are also discussing getting umpires or first-base and third-base coaches miked up, which is a common practice in MLB.

During less-stressful All-Star Games and spring training games, some star players have worn mics in the big leagues, and their exchanges with broadcast crews and real-time reactions to plays have gone viral on social media. 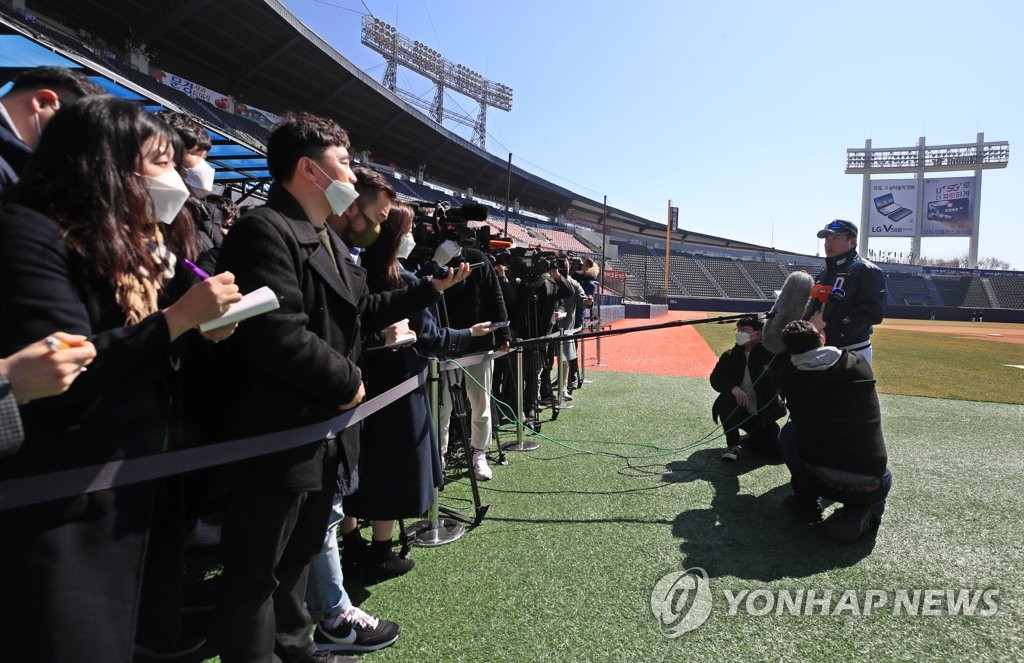 Baseball managers agree to be interviewed during games

Baseball managers agree to be interviewed during games