SEOUL, April 8 (Yonhap) -- Posting record-high viewer ratings for its debut episodes, "The World of the Married," a new drama series by JTBC, is on track to become one of the few Korean hit TV drama series adapted from a foreign original.

Based on the BBC One TV series "Doctor Foster," which aired in 2015 and 2017, the JTBC series posted viewer ratings of 6.26 and 9.98 percent with its two debut episodes on March 27 and 28, respectively, the highest inaugural ratings of all JTBC drama series so far.

Ratings for the following two episodes, which aired last Friday and Saturday, further shot up to 11.88 and 13.99 percent, respectively, a clear head start compared even to the initial viewer ratings by JTBC drama series "Sky Castle," which remains the most watched cable TV series ever, with a rating of as high as 23.78 percent.

Starring veteran actress Kim Hee-ae in the lead role of Ji Sun-woo, a wife and medical doctor who has been cheated on, "The World of the Married" faithfully recreates most of the scenes from the British original, centering on a dedicated wife's finding out her husband's betrayal and her revenge as well as her commitment to her profession. 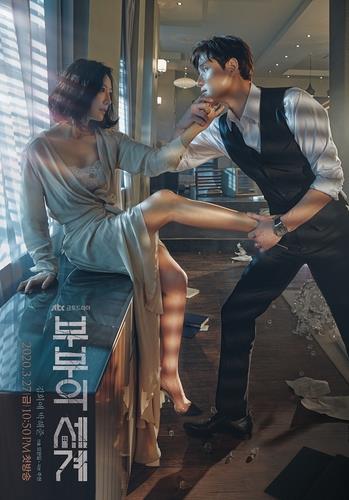 Taking one step further from the original, the 16-episode Korean version adds a streak of intense suspense as well as sensual scenes while smartly adapting the original story to the Korean cultural context.

"When I first saw the final script, it was Koreanized so much that I could not think of the original version any more," Kim said in an online press conference on the TV series on March 26.

"Turning it into a Korean version, I tried to delve into stories of relationships, focusing on love, marriage and married couples," the show's chief producer Mo Wan-il said in the same press conference. "The drama will go deep into things related with married couples," he said.

With the sensational local reception of the show so far, "The World of the Married" is likely to become one of Korea's few megahit drama series to be remade from a foreign original.

"The World of the Married" is also likely to become a rare megahit recreated from a Western original series, after the recent Korean versions of ABC's "Designated Survivor," CBS' "The Good Wife" and BBC One's "Life on Mars" were only modest hits in the Korean market. 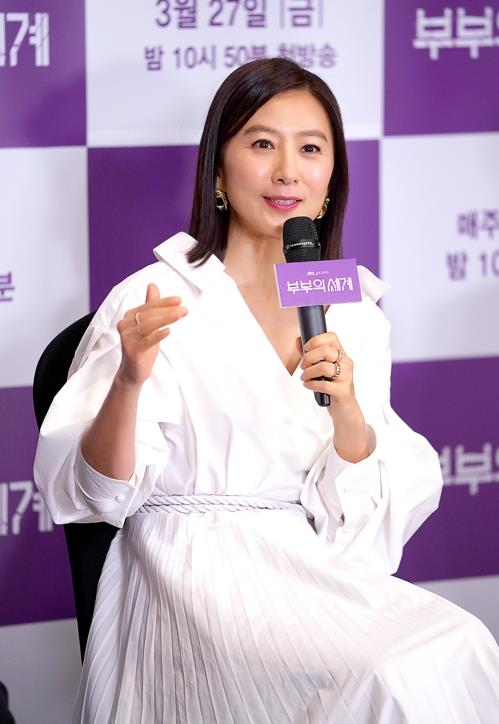