SEOUL, April 8 (Yonhap) -- Seoul Mayor Park Won-soon on Wednesday issued a de facto business suspension order on clubs and bars across the city following COVID-19 infections linked to a bar in the ritzy neighborhood of Gangnam.

"(I) issue an order on banning gatherings at 'room salons,' clubs and 'colatheques' until the government's social distancing campaign ends on April 19," Park told reporters in a press briefing, referring to bars where mostly women serve drinks and a local version of discos.

"This means that these facilities cannot do business. ... I've literally ordered a business suspension," he said.

Park said that 422 of the city's 2,146 bars and clubs are in operation despite the city government's advisory to temporarily suspend business.

The administrative order was issued as "close contact often occurs in these venues and it is almost impossible for virus guidelines to be kept there," he added. 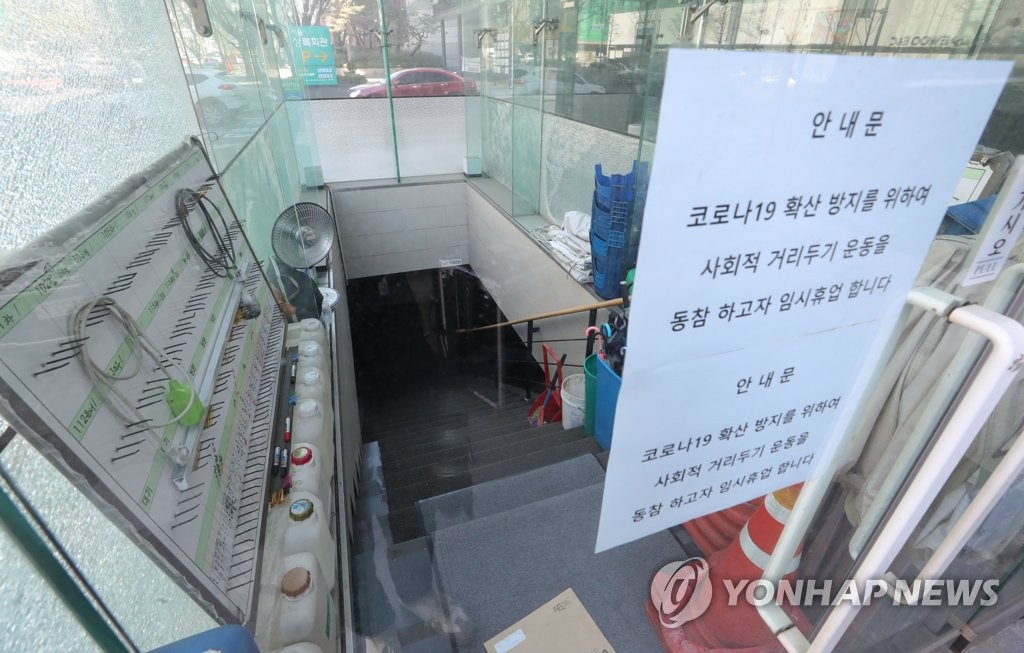 The Wednesday announcement follows infections reported in relation to a bar in Gangnam. A female employee and her roommate tested positive for the new coronavirus after the employee met Jung Yun-hak, the leader of K-pop boy band SUPERNOVA. Jung had tested positive after a visit to Japan.

A total of 118 people, including employees and customers, are assumed to have come into contact with the infected employee.

Health authorities are screening all potential cases, with 18 people testing negative so far.

South Korea reported 53 more cases Wednesday, bringing the country's total infections to 10,384. A majority of the infections are attributed to imported cases and cluster infections at religious facilities and hospitals.