SEOUL, April 8 (Yonhap) -- South Korea is exploring ways to permit those in self-isolation over the new coronavirus to cast their ballots in next week's parliamentary elections while minimizing the risk of infection, officials said Wednesday.

The National Election Commission (NEC), the election watchdog, is in talks with the government over ways to temporarily lift two-week quarantine rules for a few hours on April 15 so as to permit affected people to cast ballots.

"It will be the first time that South Korea will hold elections in the midst of a battle against a massive infectious disease," Vice Health Minister Kim Ganglip told a press briefing.

"The government needs to spare no efforts to guarantee the right to vote for those in self-isolation," Kim said, adding that the top priority will be to devise a safety mechanism to prevent other voters from being exposed to the risk of infection.

The government is reportedly considering allowing those in self-isolation to cast ballots in a separately designated time band in a bid to keep other voters from meeting them at polling stations. The polls will be held from 6 a.m. to 6 p.m.

COVID-19 patients being treated at hospitals or designated facilities and people in a two-week isolation period at home were able to vote via mail if they applied to do so between March 24 and 28.

Under the current rules, those who self-isolated after the application period cannot visit polling stations as the violation of quarantine rules could incur fines and imprisonment.

The government is expected to unveil the outcome of its talks with the NEC soon as two days of early voting for the elections will begin Friday.

Early voting will be conducted at 3,508 polling stations across the nation, according to the NEC.

Of them, special polling stations will be set up at eight facilities where COVID-19 patients with mild symptoms are being treated. Those facilities are located in Seoul, the hardest-hit southeastern city of Daegu and other areas. 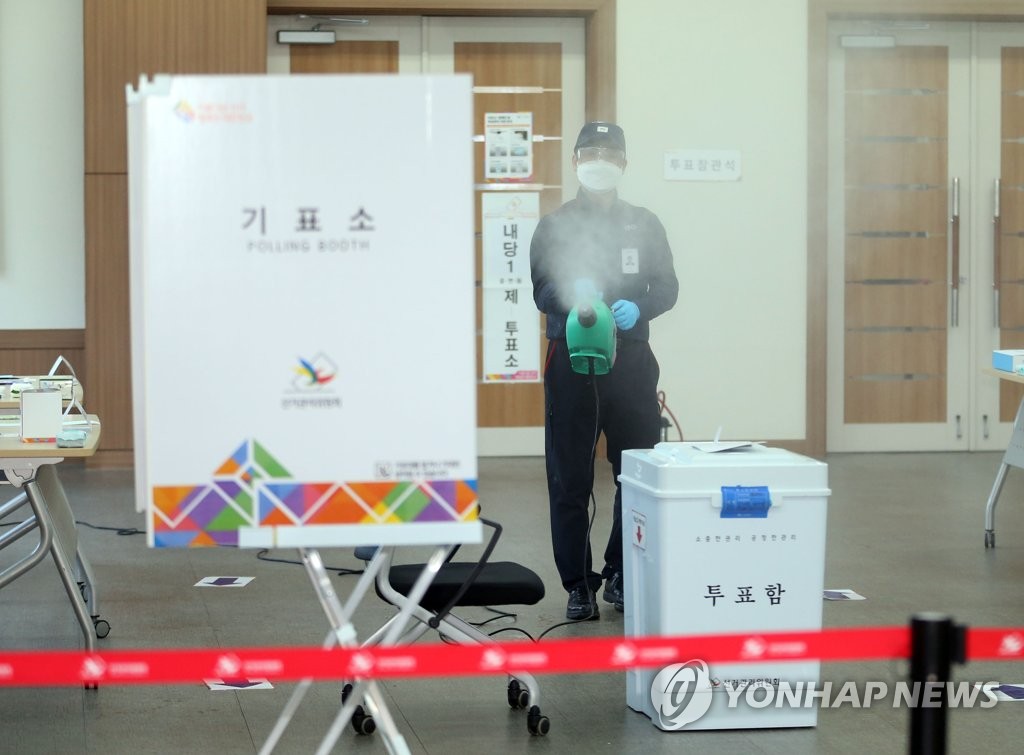 (LEAD) S. Korea mulls ways to guarantee voting rights to those in self-isolation over coronavirus

(LEAD) S. Korea mulls ways to guarantee voting rights to those in self-isolation over coronavirus