SEOUL, April 8 (Yonhap) -- South Korea's chief economic policymaker said Wednesday the government plans to submit a proposal for a second extra budget to the parliament next week to cushion the country from the fallout of the new coronavirus pandemic and beef up domestic consumption.

South Korea is currently pushing for a second extra budget worth 7.1 trillion won (US$5.8 billion) to provide shopping coupons and gift certificates to more than half of the country's households to help minimize the economic fallout from the pandemic.

"We plan to finance the extra spending by restructuring existing expenditures instead of issuing new bonds," Finance Minister Hong Nam-ki said during a joint press conference with economy-related ministries. 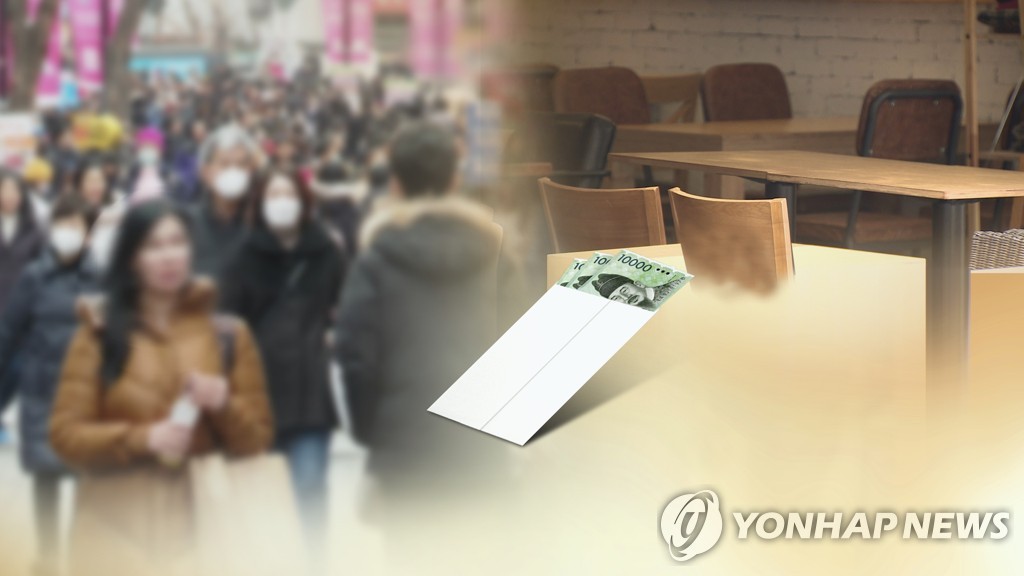 Under the plan, households in the bottom 70 percent of gross income will receive the disaster relief aid, which reaches a total of 9.1 trillion won.

The latest relief measure is designed to help cushion the shock stemming from the COVID-19 pandemic at a time when Asia's fourth-largest economy is reeling from the economic fallout.

South Korea's retail sales dropped 6 percent on-month in February, while the industrial output contracted the most in nine years by falling 3.5 percent over the period.

Although there have been criticisms that the payouts to virus-hit households should be provided to all South Koreans regardless of income level, Hong said there were no discussions about that.

South Korea detected 53 new cases of new COVID-19 infections on Tuesday, bringing up the total number of cases to 10,384.

The South Korean economy grew 2 percent last year, the lowest in a decade, and had been expected to rebound to 2.3 percent growth this year. The Bank of Korea, however, trimmed its outlook for the economy in 2020 to 2.1 percent, with a further cut in its growth estimate likely in the coming months.