SEOUL, April 8 (Yonhap) -- When they returned to their home countries in early March to stay away from coronavirus-hit South Korea, Tyler Wilson and Roberto Ramos, two of the foreign players for the LG Twins ball club, did not imagine things would turn out the way they did.

When the Twins broke camp in Okinawa, Japan, on March 7, the virus was ravaging South Korea. It was a few days before the Korea Baseball Organization (KBO) pushed back its March 28 Opening Day indefinitely. With so much uncertainty, a handful of teams, including the Twins, opted to send their foreign players home.

Wilson, a right-hander entering his third KBO season, flew back to the United States, and Ramos, a first-year infielder, ended up back in Mexico. The rest of the Twins settled in their home city of Seoul. 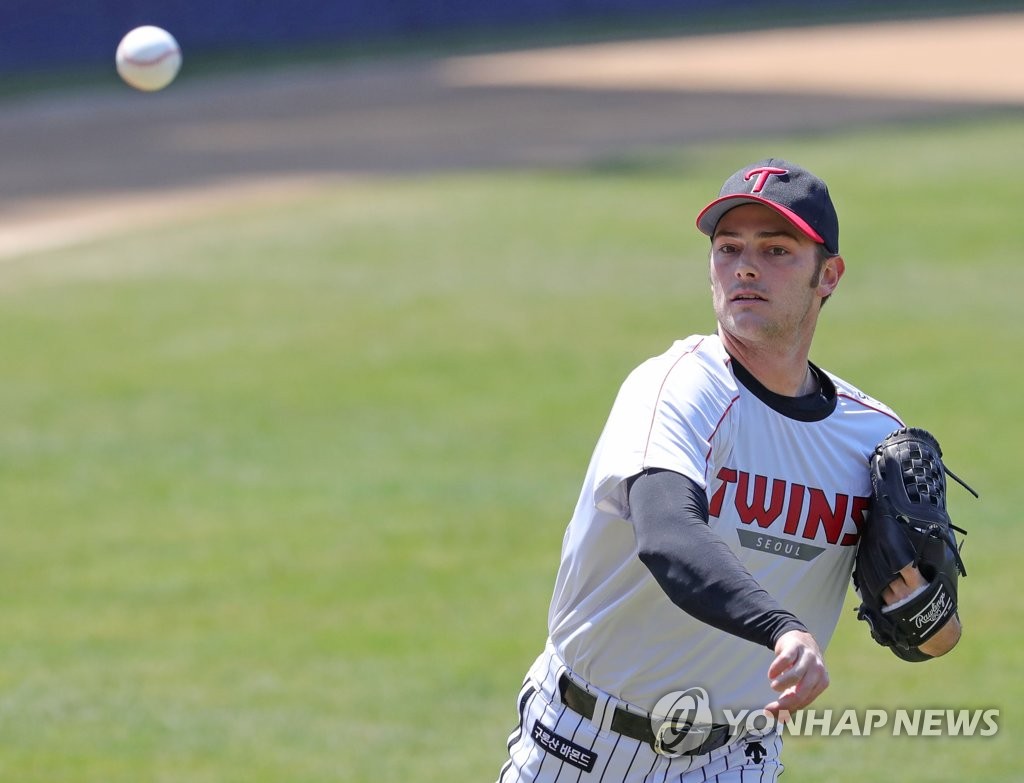 But as days went by, the virus began wreaking havoc on the United States and other parts of the world, while there were encouraging signs of the spread being contained in South Korea. Wilson and Ramos rushed back to Seoul a few days ahead of schedule. They got to practice with the Twins for one afternoon on March 26.

Then the KBO decided that all foreign players arriving back from their home countries had to be quarantined for 14 days, following the government mandate on international arrivals. It was applied retroactively to Wilson and Ramos.

And their two weeks are finally up, with both rejoining the Twins on Wednesday. Teams complained to the KBO about the abrupt decision to order foreign players into quarantine, as initially, they were allowed to join their teams as long as they tested negative for COVID-19. But neither Wilson nor Ramos held any grudges.

"I am very thankful that the league is taking proper measures to make sure (the virus) doesn't get spread," Wilson said after Wednesday's practice at Jamsil Stadium in Seoul. "Everybody is making sacrifices in different ways. One person lets the guard down and gets the virus, (and) our season is going to be compromised. I hope that everybody in the league understands that we all have to do our part if we want the season to actually happen. I was happy to do my part."

Ramos said he was "excited and happy" to be back with the team after two weeks away. 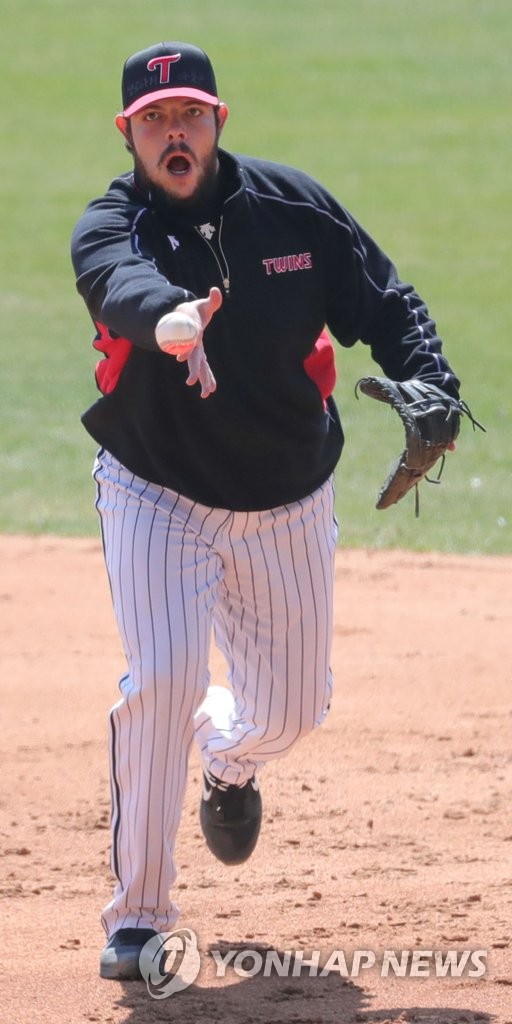 "(Self-isolation) was not easy to do, but we understood that this was the right thing to do, to try to win this fight against the virus," he said. "I think the team did a great job in helping us try to stay in shape. It was hard, but we had to do it."

Wilson, who has gone 23-11 with a 2.99 ERA in his first two seasons here, said staying mentally sharp will be as important as maintaining physical fitness, especially after his routine has been disrupted like never before.

"If you have the ability to stay focused, commit to a program, be disciplined to stay on that program and not make excuses, I think those are the people that are going to thrive in this," he said. "Who knows how people are going to react to it physically? Baseball is a game of routine, and our routines have changed. Mentally, to keep the right frame of mind and the right focus is going to be the biggest separator."

Ramos said he is in a good place mentally despite getting caught off guard multiple times already before his first season in a new league and a new country.

"My mind is fine right now. It's been a good couple of days after we finished quarantine," he said. "Being out here makes me happy."

The original, March 14-26 preseason was long wiped out by the virus, and the KBO is eyeing an April 21 start for a new preseason. It is also targeting an early May start to the regular season, depending on how well the virus is contained.

Presently, teams are only allowed to play intrasquad games at their home stadiums, with no traveling involved.

Foreign players excited to be back with KBO club, hold no grudge over sudden self-isolation

Foreign players excited to be back with KBO club, hold no grudge over sudden self-isolation